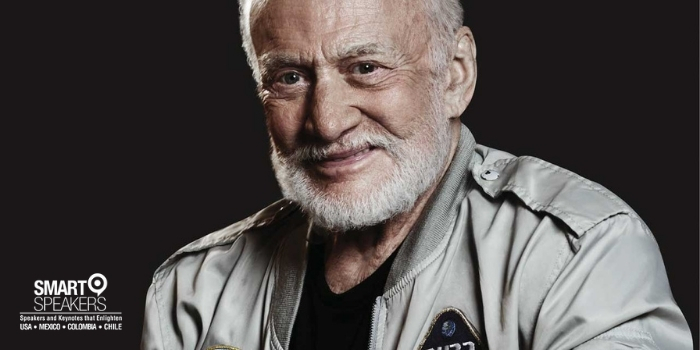 Buzz Aldrin is the second man to walk on the moon. A pioneer in man's exploration of space, he is the holder of the Presidential Medal of Freedom, the US highest-ranking peacetime award, as well as the Congressional Medal of Honor.

Buzz Aldrin is the second man to set foot on the moon, the first successful spacewalker, air force combat veteran, holder of a doctorate in astronautics from MIT and the inventor of spacecraft docking techniques that were crucial to the Apollo and Gemini programs and which are still in use today.

Buzz Aldrin joined NASA after success at West Point and a distinguished USAF career that included 66 combat missions in Korea, and the Distinguished Flying Cross award. Aldrin has a long list of firsts in space, culminating in one of the true defining moments of the 20th century on July 20, 1969, when he and Neil Armstrong stood on the surface of the moon.

Upon returning from the moon, Buzz Aldrin was awarded with the Presidential Medal of Freedom, the highest American peacetime award. A 45-day international goodwill tour followed, where he received numerous distinguished awards and medals from 23 other countries. Named after Aldrin are the asteroid “6470 Aldrin” and the “Aldrin Crater” on the moon. He and his Apollo 11 crew have four stars on each corner of Hollywood and Vine streets on the renowned Hollywood Walk of Fame.

Since his retirement from NASA, Buzz Aldrin has continued to work tirelessly to maintain America’s supremacy in space exploration. He has designed a plan for manned missions to Mars known as the “Aldrin Mars Cycler” for which he has received three US patents. Aldrin founded Starcraft Boosters, Inc. to develop his rocket designs, and has also established Buzz Aldrin’s ShareSpace Foundation, a non-profit foundation dedicated to STEAM; science, technology, engineering, arts and math for young people.

Buzz Aldrin has published eight books, including science fiction, history and works for children. His autobiography, Magnificent Desolation, is a New York Times bestseller. His latest book, Mission to Mars: My Vision for Space Exploration, is published by the National Geographic Society; in it, he details his vision of extending the extraordinary work of his generation of pioneers to a manned mission to Mars.

In 2011 Buzz Aldrin started a new company, Buzz Aldrin Enterprises, LLC to promote his brand and oversee all aspects of his public appearances, media, licensing, endorsements and efforts to promote the future of the space program.

Reach for the Stars

Sharing memories and insights from his momentous walk on the moon and his illustrious career, Buzz Aldrin encourages audiences to “reach for the stars” in life’s endeavors.

Buzz Aldrin’s Vision for the Future

Buzz Aldrin takes audiences on a journey into the future with his vision of a space-faring world where "citizen explorers" take space tours beyond lower-earth orbit and the Aldrin "Mars Cycler" spaceship makes frequent stops for astronaut explorers on Mars. 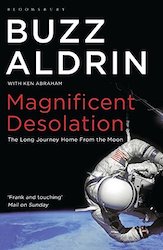 Magnificent Desolation: The Long Journey Home from the Moon

In Magnificent Desolation, Buzz Aldrin not only gives us a harrowing first-person account of the lunar landing that came within seconds of failure and the ultimate insider’s view of life as one of the superstars of America’s space program, he also opens up with remarkable candor about his more personal trials–and eventual triumphs–back on Earth. 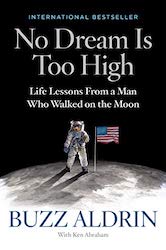 No Dream Is Too High: Life Lessons From a Man Who Walked on the Moon

No Dream Is Too High whittles down Buzz Aldrin's event-filled life into a short list of principles he values, each illustrated by fascinating anecdotes and memories. 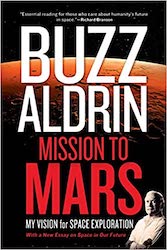 Mission to Mars: My Vision for Space Exploration

Legendary "space statesman" Buzz Aldrin speaks out as a vital advocate for the continuing quest to push the boundaries of the universe as we know it. Aldrin has a vision, and in Mission to Mars he plots out the path he proposes, one that will take humans to Mars by 2035.

Dr. Buzz Aldrin on the importance of man's mission to Mars

Buzz Aldrin - A "Mission to Mars" and Space Exploration & Development