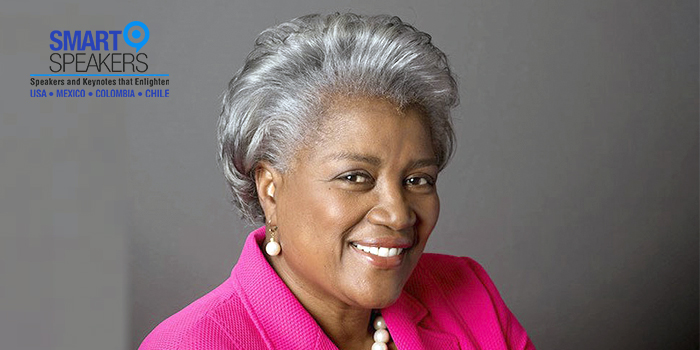 Veteran Democratic is a political strategist Donna Brazile is an adjunct professor, top global issues keynote speaker, author, and syndicated columnist. She has worked on every presidential campaign from 1976 through 2000, when she served as presidential campaign manager for former Vice President Al Gore.

Brazile is also founder and managing director of Brazile & Associates LLC, a general consulting, grassroots advocacy and training firm. Author of the best-selling autobiography Cooking with Grease: Stirring the Pots in American Politics, Brazile is an adjunct professor at Georgetown University where she shares her passion for encouraging young people to vote, work within the system to strengthen it and run for public office. In the media, she served as a political contributor on CNN; consultant to ABC News; regularly appeared as commentator on ABC’s This Week with George Stephanopoulos; and frequent contributor to NPR. Washingtonian named Brazile one of the ‘100 most powerful women’ and Essence named her one of the top 50 women in America. 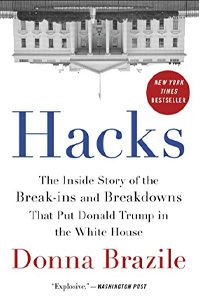 From Donna Brazile, former DNC chair and legendary political operative, an explosive and revealing new look at the 2016 election: the first insider account of the Russian hacking of the DNC and the missteps by the Clinton campaign and Obama administration that enabled a Trump victory.

In the fallout of the Russian hacking of the Democratic National Committee--and as chaos threatened to consume the party's convention--Democrats turned to a familiar figure to right the ship: Donna Brazile. Known to millions from her frequent TV appearances, she was no stranger to high stakes and dirty opponents, and the longtime Democratic strategist had a reputation in Washington as a one-stop shop for fixing sticky problems.