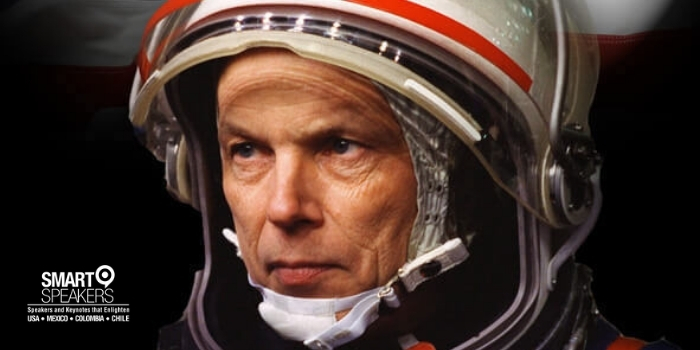 Story Musgrave is an acclaimed NASA astronaut, known for his historic work repairing and saving the Hubble Telescope.

Story Musgrave is perhaps best known for his 30 years of service as a NASA astronaut – the longest period of service in NASA history.  His work repairing and saving the Hubble Space Telescope contributed to numerous scientific discoveries and the advancement of our knowledge of the universe as well as our own planet. Musgrave’s varied career includes classified department of defense missions, thousands of hours in outer space, and seven graduate degrees.

Story Musgrave never finished school, ran off to Korea with the U.S. Marines where he was an aircraft electrician and an engine mechanic. He started flying with the Marines and over the next 55 years accumulated 18,000 hours in over 160 aircraft and is a parachutist with over 800 freefalls. Musgrave has 7 graduate degrees in math, computers, chemistry, medicine, physiology, literature and psychology and has been awarded 20 honorary doctorates.

Story Musgrave was a part-time trauma surgeon during his 30 year career as a NASA astronaut where he flew on six spaceflights. He performed the first shuttle spacewalk on Challenger′s first flight, was a pilot on an astronomy mission, conducted two classified DOD missions, was the lead spacewalker on the Hubble Telescope repair mission and on his last flight, he operated an electronic chip manufacturing satellite on Columbia.

Today, Story Musgrave operates a palm farm in Orlando, FL, a production company in Sydney and a sculpture company in Burbank, CA. He is also a landscape architect, a concept artist with Walt Disney Imagineering, an innovator with Applied Minds Inc. and a professor of design at Art Center College of Design in Pasadena, CA.

Both a mathematical genius and creative artist, Story Musgrave is uniquely positioned to speak on a wide range of topics including vision, leadership, motivation, safety, quality, innovation, creativity, design, simplicity, beauty, and ecology.

Reliability, Design, Operations, Maintenance, Quality... All of these factors play into The Safety Equation. Through his service over decades, Story Musgrave has become a true expert at risk mitigation. In his keynote, Story talks about every safety issue as an "uncontrolled release of energy."

Musgrave is a gifted orator who uses his experiences as an astronaut, marine, surgeon, scientist, and father to deliver motivational messages and anecdotes of leadership, teamwork, innovation, and creativity.

Story brings the passion, love, vision, and lessons of human space flight down to Earth for all of his audiences as a leadership speaker. Story specifically customizes each talk, and is able to make connections like few can. 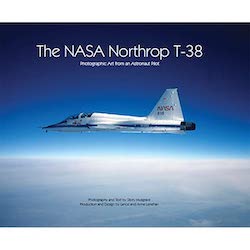 The Nasa Northrop T-38: Photographic Art from an Astronaut Pilot

This stunning collection of private photographs puts you right in the middle of the action. For the space enthusiast and photographer, Story Musgrave provides a first hand account of the people and planes, giving us a fascinating insight into the culture of the NASA flying world. 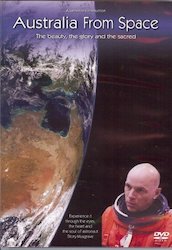 Story Musgrave is renowned for his space photography and his knowledge of geography. For this beautiful glimpse of the remote continent, he has written pertinent and poetic captions to complement each of the images.

The Remarkable Astronaut— Dr. Story Musgrave and the T-38 Jet