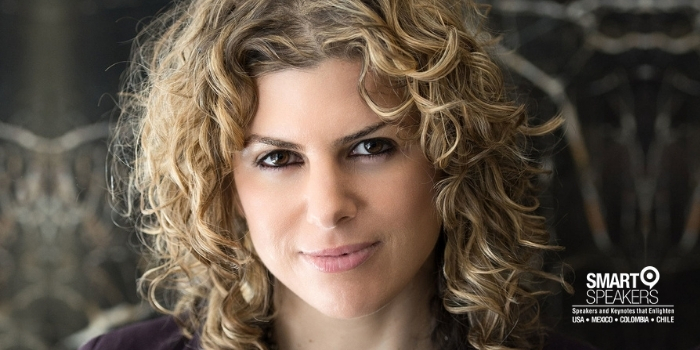 Dr. Deborah Berebichez is a talented and multifaceted mexican woman. She is an author, a physicist, 5-language polyglot, television commentator and lecturer. She is the first Mexican woman to earn a PhD in Physics from Stanford University.

Dr. Deborah (Debbie) Berebichez is a physicist, TV host and science communicator. She is the first Mexican woman to graduate with a PhD in Physics from Stanford University and engages in a variety of activities as a science, technology, engineering and math (STEM) ambassador.

Dr. Deborah Berebichez completed her PhD in Physics at Stanford University in 2005. She also completed two postdoctoral fellowships in applied mathematics and physics at Columbia University and NYU, where she carried out research in the area of acoustic waves. Dr. Berebichez invented a highly effective technique in the field of wireless communications that allows a cell phone user to communicate with a desired target user in a distant location.

Dr. Berebichez is a John C. Whitehead Fellow at the Foreign Policy Association, a winner of the Society of SHPE's STAR Award and a recipient of the Top Latina Tech Blogger award from the Association of Latinos in Social Media (LATISM). Along with co-hosting Outrageous Acts of Science, Debbie is currently the Principal Scientist at Thoughtworks in New York.

Deborah Berebichez’s work in science education and outreach has been recognized by the Wall Street Journal, Oprah, Dr. Oz, TED, DLD, WIRED, Ciudad de las Ideas and others. Her background in theater and engaging on-screen presence helps her connect with audiences ranging from high school students to advanced professionals and politicians. Dr. Berebichez is a frequent public speaker and is passionate about empowering young people to learn science and improving the state of STEM education around the world.

Changing the World One Equation at a Time: Deborah Berebichez at TEDxJoven@PuraVida 2013 (Spanish)