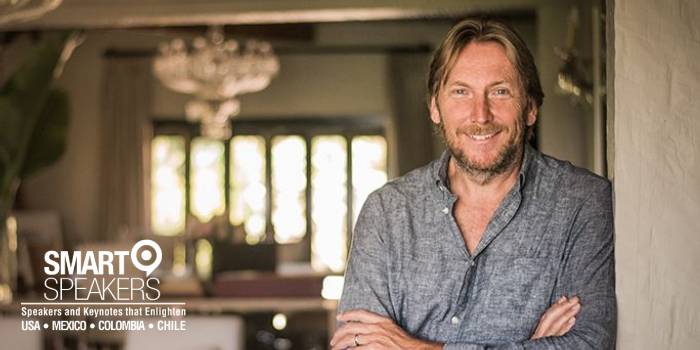 CEO of Harley Davidson Inc and Co-Founder of The B Team. Jochen Zeitz was the youngest Chairman in German history to head a public company is when appointed Chairman and CEO of PUMA in 1993 at the age of 30.

Jochen Zeitz attended the European Business School rather than follow in his family’s footsteps of becoming a medical doctor and in 1986, he graduated in International Marketing and Finance, after having studied in Germany, France, and the United States.

He began his professional career with Colgate-Palmolive in New York and Hamburg. Jochen Zeitz joined PUMA in 1990 and in 1993 was appointed Chairman and CEO of PUMA becoming the youngest Chairman in German history to head a public company at the age of 30. Zeitz has spearheaded and held primary responsibility for the restructuring of PUMA, which was in financial difficulties at the time. Zeitz managed to turn PUMA from a low price brand into a premium Sportlifestyle company and one of the top 3 brands in the sporting goods industry by sticking to a long-term development plan that he introduced in 1993. Zeitz was the longest serving CEO of a public DAX/MDAX company in Germany. Jochen Zeitz was Kering’s Sport & Lifestyle Group CEO, Kering’s Chief Sustainability Officer and Chairman of the Administrative Board of PUMA SE. He now is Director of Kering and Chairman of the Kering board’s sustainable development committee and has been a member of the Board of Directors of Harley Davidson since 2007. He is a Board member of Wilderness Safaris and Chair of the Sustainability Committee, and serves as a member of The Economics of Ecosystems and Biodiversity (TEEB) Advisory Board. He is a co-founder and co-chair with Sir Richard Branson of The B Team.

In 2002 the Zeitz Collection was founded and since 2008 it has committed to becoming one of the most representative collections of contemporary art from the African continent and its diaspora. It currently includes work from artists such as Owusu-Ankomah, Kudzanai Chiurai, and Marlene Dumas. The collection is currently held and exhibited in spaces in Kenya, Spain, Switzerland, and South Africa. In late 2016, the Zeitz Museum of Contemporary Art Africa (Zeitz MOCAA) will be opened in Capte Town.

In 2008 Jochen Zeitz founded the not-for-profit Zeitz Foundation of Intercultural Ecosphere Safety to support creative and innovative sustainable projects and solutions that balance conservation, community development, culture, and commerce (the “4Cs”) in a quadruple bottom line approach, promoting an inclusive, holistic paradigm of conservation that enhances livelihoods and fosters intercultural dialogue while building sustainable businesses. The Zeitz Foundation delivers on its vision and mission through two inter-linked programmes, the global Long Run Initiative and the Laikipia Programme in Kenya.

Jochen Zeitz has received numerous awards during his professional career, including “2001 Entrepreneur of the Year”, “Strategist of the Year” for three years in a row by the Financial Times, “Trendsetter of the Year” and “Best of European Business Award 2006”. In 2004, the German Federal President awarded him with the Federal Cross of Merit of the Republic of Germany.