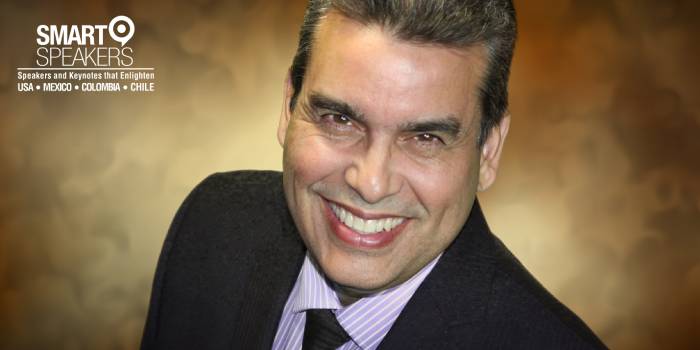 William Rodríguez is a hispanic hero and the last survivor from the 9/11 Terrorist attack, where he saved  hundreds of lives. He is now an acclaimed public speaker sharing his incredible story around the world.

William Rodríguez is a hero and the last survivor from the Twin Towers terrorist attack. He had the master key to the North Tower and directed fire fighters, helping them to evacuate hundreds of people. Today, he presides the Association of Hispanic Victims of Terrorism.

Praised as a National Hero by the Senate of Puerto Rico for his role in saving lives and the safe evacuation of hundreds of victims on that horrible day, William Rodríguez became the President of The Hispanic Victims Group and successfully advocated for the change of several laws and the establishment of various programs of benefits for victims. Rodríguez hosted a PBS television Show "Images/Imágenes" for a year, then became a sought after speaker all over the world. His "How to face Adversity Tour" has been presented in Europe and Latin America and he has given conferences for many corporations.

William Rodríguez has lent his help to many documentaries and TV Specials productions related to the 9/11 theme, among those: ZERO (Italy), I survived (History Channel), The Elephant In The Room (England), Last Man Out (England), 9/11 Mysteries (USA), Dust and Deceit (USA), Ahora Podemos Hablar ( Puerto Rico), The Keymaster (USA), 9/11 Anniversary Specials for TVE, Wapa TV, RCN, Voice of America and many other Television stations around the world.