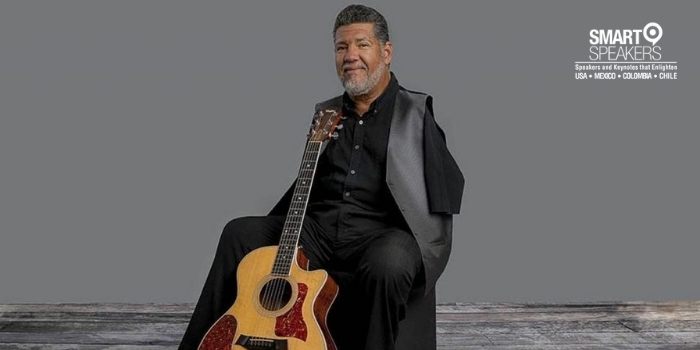 Tony Melendez is a "toe picking" guitarist, born with no arms. He is considered an ambassador of hope and overcoming and appeals to every generation. Tony is not only a musician but is a world-class speaker that reaches into the soul and changes your perspective.

Tony Melendez was commissioned by Pope John Paul II with these words "Tony you are truly a courageous young man, you are giving hope to all of us, my wish for you is to continue giving this hope to all the people". These words have been Tony's life since that moment in 1987. He has played at 11 World Youth Days and shared the stage with Pope John Paul II, Pope Benedict and Pope Francis.

Originally from Rivas, Nicaragua, Tony Melendez was born without arms and a clubbed foot. At the age of one Tony's family immigrated to the United States so Tony could have 7 corrective surgeries on his left foot in order to walk. Tony grew up in a home where his mom protected and cared greatly for him and at the same time had a father who encouraged and pushed him to do things on his own.

As he had no arms, Tony Melendez had to learn to do almost everything with his feet and at the age of sixteen taught himself to play the guitar with his toes. As he grew proficient at his guitar playing he also matured as a singer and composer. In 1987 he was asked by the youth of Los Angeles to be their gift to Pope John Paul II. It was this internationally broadcast event that set Tony's career into high gear. Today, more than thirty years later, Tony has traveled to all fifty states, more than 44 foreign countries and continues to resonate to every generation.

Tony Melendez travels with his brother José sharing their message of hope, encouragement, and faith, and their presentations combine music, life experiences, and media. To illustrate how hope can overcome the struggles of being disabled, the cultural biases, and bullying through changes in attitude and discipline. 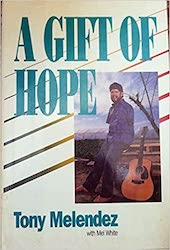 A Gift of Hope: The Tony Melendez Story

A guitarist tells of his life growing up in Nicaragua and the United States, and dealing with a congenital disability  caused by his mother's use of thalidomide during pregnancy.