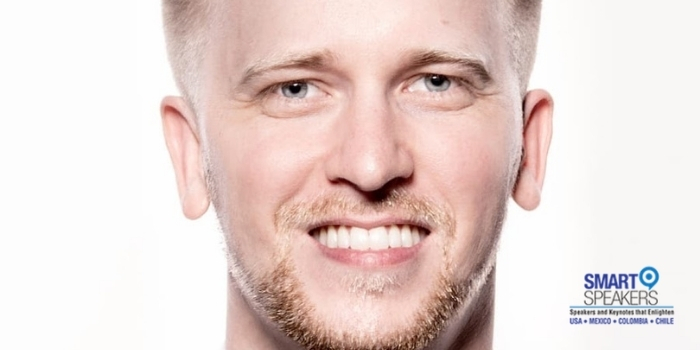 A young speaker and role model, Stephan Kaiser earned the National Award of Excellence in Coaching for his inspiring public speaking.

After giving his first keynote speech when he was just a 16 year old, Stephan Kaiser has trained more than 100,000 people across all continents and in three languages: Spanish, English and German. He has a Business Administration degree from both Germany and Spain, and is certified as an International Coach by the International Coaching Community.

Stephan Kaiser is the author of It's not Gravity’s Fault (La Gravedad No Tiene la Culpa) and has been named a Role Model for Excellence by the United Nations. As described by the newspaper El Impulso, “this young man has become an expert in highlighting scientific discoveries that have implications in our daily lives. And he does it in a very particular way: with humor and enthusiasm.”

Stephan Kaiser has been named one of the 25 most influential young entrepreneurs in the world by Young Entrepreneur World, as well as being granted the National Prize of Excellence in Coaching by the Venezuelan Society of Coaching. Among Kaiser’s clients companies such as Starbucks, Nestlé, McDonald's, Pfizer, Siemens, Microsoft, Tupperware, Colgate, DHL y Telefónica stand out.

Stephan Kaiser works as a motivational speaker to create a more motivated and better communicated world.

Everything Can Be Fixed 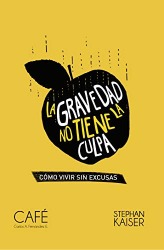 CAFÉ and Stephan Kaiser in It’s not Gravity’s Fault teach that if you want to live an extraordinary life you have to adopt a “zero excuses” attitude at all times. The book provides tools to the reader so they can take charge of their personal, interpersonal and professional lives.