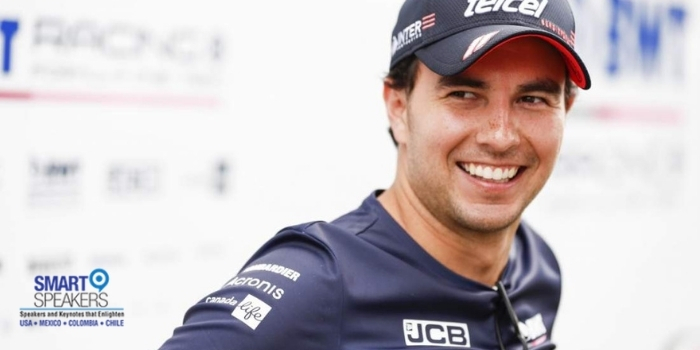 Sergio ‘Checo’ Pérez, like so many of his counterparts, began his racing career at a very young age in karting. In 1996, aged just six years old, Checo finished his first season in second place overall with four victories in his class. That was a sign of things to come for Checo, who went on to win in Master Kadets, Shifter 125cc and became the youngest driver to win a competition in the Shifter 80cc class.

Sergio ‘Checo’ Pérez’s prodigious talent soon caught the eye of the Escuderia Telmex scouts. By 2004, Checo had moved up from karts to race for Telmex in the US-based Skip Barber National Championship. Before long, he was heading to Europe and Formula BMW. he switched to A1 Grand Prix and then to Formula 3, dominating the British Formula 3 Championship (National Class) Checo finished fourth in the International Class of the British F3 Championships in 2008, which paved the way for him to graduate to the F1 feeder series, GP2.

Sergio ‘Checo’ Pérez dominated his first race in the GP2 Asia Series; he ended the season as runner-up after winning in Hockenheim, Monaco, Silverstone, Spain, and Abu Dhabi. A move to F1 inevitably followed (with the Sauber team). Checo became the first Mexican to race in F1 since Héctor Rebaque back in 1981, quickly establishing a reputation as a tough competitor.

Sergio ‘Checo’ Pérez's first podium came in Malaysia in 2012, followed by more top-three finishes in Canada and Italy, which earned him a move to McLaren for the 2013 season. Then it was on to Force India in 2014, where he earned the team’s second-ever podium straight away in Bahrain.

After a couple of difficult seasons and with the team now running as Racing Point, Sergio ‘Checo’ Pérez once again demonstrated his star quality in 2020. A joint career-high second-place finish in Turkey was soon followed by a memorable maiden F1 race victory at the Sakhir Grand Prix. The triumph was the first F1 Grand Prix win for a Mexican in 50 years and this famous racer has now won more F1 points than any other Mexican driver in history.

Sergio ‘Checo’ Pérez would drive for Red Bull Racing in 2021, alongside Max Verstappen, to form an exciting partnership with the Dutch star.