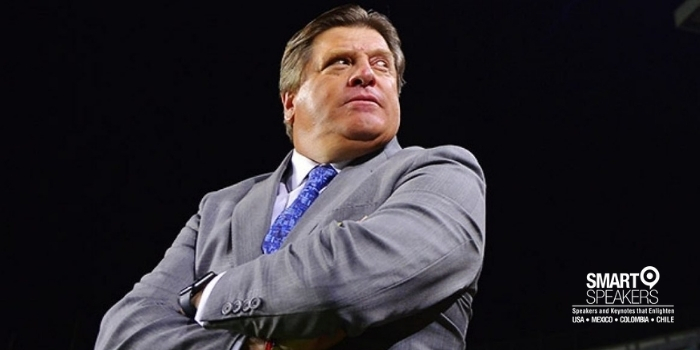 The passionate and charismatic Technical Director, Miguel “El Piojo” Herrera, dramatically reversed the National Team’s fortunes at the 2014 World Cup in Brazil and Club América in 2013.

Miguel "El Piojo" Herrera is a former Mexican soccer player and technical director. His professional career began in the Second Division of Mexico in 1985 playing for the Coyotes Neza team, where he was until 1986, winning the championship that same year. He made his debut as a First Division player in 1988 in the match between the Tecos de la UAG against Atlas. In addition to UAG, he played for the Santos, Atlante, Querétaro and Toros Neza teams.

As technical director, Miguel "El Piojo" Herrera debuted in 2002 with Atlante. He had outstanding seasons at the helm of the Potros de Hierro, which attracted the attention of several clubs with greater purchasing power to bring him into their ranks. His greatest success came from leading Club América, where he reached two semi-finals and two finals, winning his first title as a coach at the 2013 Clausura Tournament.