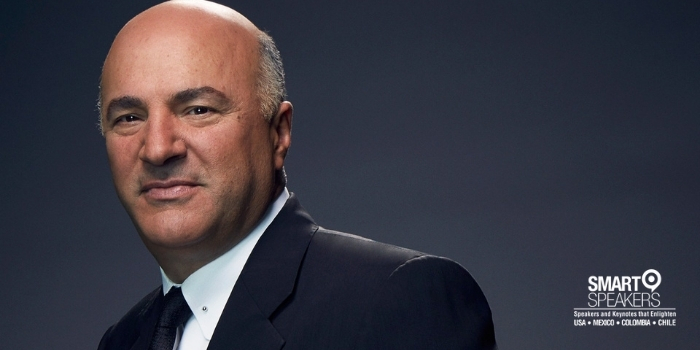 Kevin O’Leary is an outstanding businessman and investor. He is a star in the popular TV Show Shark Tank and an expert public speaker on entrepreneurship, leadership and success.

Businessman and investor, Kevin O’Leary makes or breaks entrepreneurs’ dreams as a venture capitalist on ABC’s Shark Tank. He is the founder of the successful SoftKey Software Products (now The Learning Company) and shares his 30+ years of expertise giving audiences “the cold hard truth” about how to succeed in business whether you’re looking to seal a deal with a shark or a dragon on primetime or building your business up in a more traditional way.

While earning his MBA, Kevin O’Leary interned as a marketing manager at Nabisco, raising their sales in cat food during his time there. After graduation, he co-founded the television production company Special Event Television, which created original sports programming. Both experiences were key in the success of his later venture, SoftKey Software Products.

In 1986, SoftKey was the first company of its kind, carving out a new market as personal computers in the home became more and more commonplace. Over the years it became a major force in the growing educational technology sector acquiring major competitors and ultimately becoming #1 in its industry with annual sales of over $800 million. Eventually SoftKey changed its name to The Learning Company and was purchased by The Mattel Toy Company in a deal that left Kevin O’Leary a multi-millionaire.

Kevin O’Leary is the Chairman of O’Leary Funds and serves on the board of The Richard Ivey School of Business. He is a member of Boston’s 107 year old Hamilton Trust. O’Leary is also the entrepreneur/investor co-host for the Discovery Channel’s Project Earth series that explores innovative ways man could reverse global warming implementing large scale geo-engineering infrastructure projects. 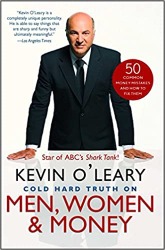 Cold Hard Truth On Men, Women, and Money: 50 Common Money Mistakes and How to Fix Them

The Cold Hard Truth on Men, Women, and Money offers an invaluable opportunity to walk through some of life’s biggest decisions with one of the sharpest financial minds today. 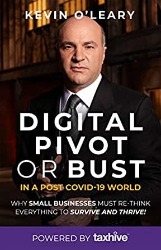 Digital Pivot or Bust In a Post COVID-19 World: Why Small Businesses Must Re-Think Everything to Survive and Thrive!

I am going to tell you how they did it with real product and service examples. No matter how small your business, you can use the Digital Pivot to not just survive but to change your business for the better. 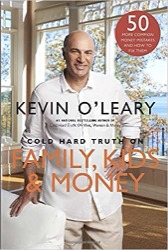 Kevin O’Leary provides you with a clear, no-nonsense personal finance guide that will help you build a secure future for yourself and for the ones you love.