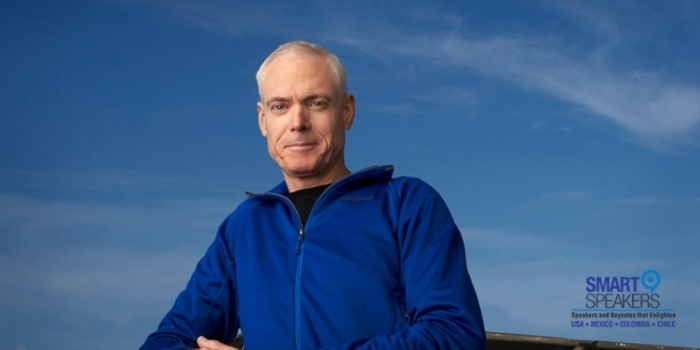 Jim Collins is a legendary Management and Business Growth guru, considered the heir to the great Peter Drucker. Collins has authored some of the most widely read and admired business books of our time.

Having invested more than a quarter century in rigorous research, Jim Collins has authored and co-authored a series of books that have sold in total more than 10 million copies worldwide. They include Good to Great, the #1 bestseller, which examines why some companies make the leap and others don’t.

Driven by a relentless curiosity, Jim Collins began his research and teaching career on the faculty at the Stanford Graduate School of Business, where he received the Distinguished Teaching Award in 1992. In 1995, Collins founded a management laboratory in Boulder, Colorado, where he conducts research and engages with CEOs and senior-leadership teams.

In addition to his work in the business sector, Jim Collins has a passion for learning and teaching in the social sectors, including education, healthcare, government, faith-based organizations, social ventures, and cause-driven nonprofits. In 2012 and 2013, he had the honor to serve a two-year appointment as the Class of 1951 Chair for the Study of Leadership at the United States Military Academy at West Point.

Jim Collins holds a bachelor's degree in mathematical sciences and an MBA from Stanford University, and honorary doctoral degrees from the University of Colorado and the Peter F. Drucker Graduate School of Management at Claremont Graduate University. In 2017, Forbes selected Collins as one of the 100 Greatest Living Business Minds. 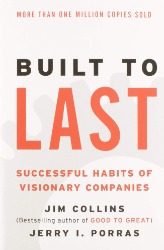 This book investigates the question, Why are some companies able to become and remain visionary through multiple generations of leaders, across decades, and even centuries? Among the findings are Preserve the Core/Stimulate Progress, BHAGs (Big Hairy Audacious Goals), and the Genius of the AND. 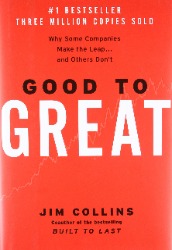 This book addresses a single question: can a good company become a great company, and if so, how? Based on a five-year research project comparing companies that made the leap to those that did not, Good to Great shows that greatness is not primarily a function of circumstance but largely a matter of conscious choice, and discipline. 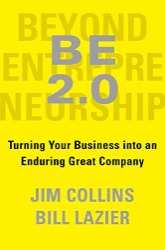 This book is a roadmap for entrepreneurs and leaders of small-to-mid-sized enterprises who want to build enduring great companies. The book provides practical guidance for becoming a great leader, setting a compelling vision, articulating an effective strategy, and achieving consistent tactical excellence.

Jim Collins - Have you found your Hedgehog – your personal hedgehog?