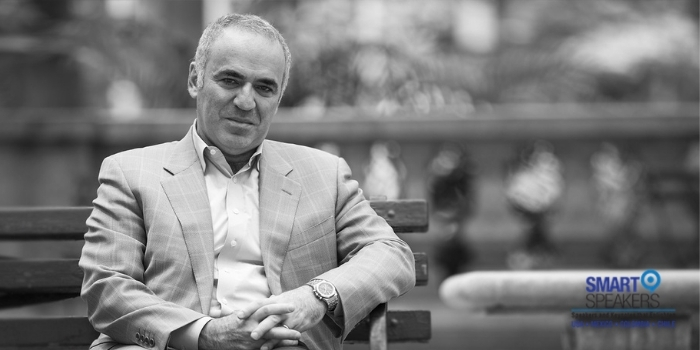 Garry Kasparov is a Grand Master and World Chess Champion considered the best player of all time. He is also an international speaker on business strategy.

Garry Kasparov’s famous matches against the IBM supercomputer Deep Blue in 1996-97 were key to bringing artificial intelligence, and chess, into the mainstream. They also sparked Kasparov’s passionate interest in the human relationship with our increasingly intelligent machines, a theme he has investigated for decades beginning with the invention of “Advanced Chess” (human plus machine) in 1998.

In 2005, Garry Kasparov, in his 20th year as the world’s top-rated player, retired from professional chess to join the vanguard of the Russian pro-democracy movement. In 2012, Kasparov was named chairman of the New York-based Human Rights Foundation, succeeding Václav Havel; HRF promotes individual liberty worldwide and organizes the annual Oslo Freedom Forum.

The US-based Kasparov Chess Foundation non-profit promotes the teaching of chess in education systems around the world. Its program is already in use in schools across the United States, and KCF also has centers in Brussels, Johannesburg, Singapore, and Mexico City.

Since 1990, Garry Kasparov has been a regular contributor on politics to many major publications, including The Wall Street Journal, The Washington Post, and The New York Daily News. He speaks frequently to business audiences around the world on strategy, decision-making, and artificial intelligence. In 2016, Kasparov was named a Security Ambassador by Avast Software, where he discusses cybersecurity and the digital future, and to the executive board of the Foundation for Responsible Robotics.

In 2017, Garry Kasparov founded the Renew Democracy Initiative, dedicated to promoting the principles of the free world. After adding hundreds of prominent signatories from all parts of the political spectrum and around the world, RDI’s first project was an essay collection modeled on the Federalist Papers titled Fight for Liberty, which was published in October 2018.

Garry Kasparov’s book, How Life Imitates Chess, on strategy and decision-making, is available in over 20 languages. He is also the author of two acclaimed series of chess books, My Great Predecessors and Modern Chess. Kasparov’s prescient 2015 book, Winter Is Coming: Why Vladimir Putin and the Enemies of the Free World Must Be Stopped, is a blend of history, memoire, and analysis of the threats to the modern world order. 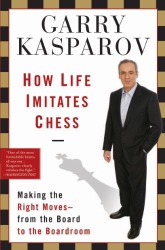 How Life Imitates Chess: Making the Right Moves, from the Board to the Boardroom

In How Life Imitates Chess Kasparov distills the lessons he learned over a lifetime as a Grandmaster to offer a primer on successful decision-making: how to evaluate opportunities, anticipate the future and devise winning strategies. 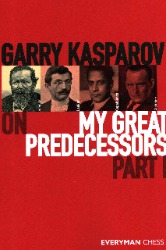 Garry Kasparov on My Great Predecessors

Kasparov's biographies of the early champions place them in a fascinating historical, political and cultural context. Kasparov explains how each champion brought his own distinctive style to the chessboard and enriched the theory of the game with new ideas. 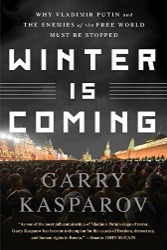 Winter Is Coming: Why Vladimir Putin and the Enemies of the Free World Must Be Stopped

Argued with the force of Kasparov's world-class intelligence, conviction, and hopes for his home country, Winter Is Coming reveals Putin for what he is: an existential danger hiding in plain sight.