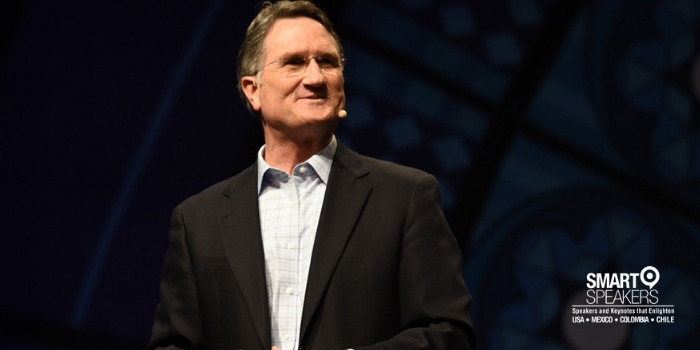 Doug Lipp was catapulted, at the age of 29, to the helm of the employee training team at Disney, one of the world’s most beloved and respected institutions. Fluent in Japanese, Lipp also helped Disney start its first international theme park as a member of the Tokyo Disneyland opening team.

Doug Lipp enjoyed a unique career with Disney, beginning in 1978. He achieved recognition as a college intern in the Disneyland marketing department, and after completing graduate school, he was fast-tracked into an exclusive Disney management-training program, where he was quickly promoted to a leadership role in the prestigious Disney University.

Doug Lipp was selected to help train visiting Japanese executives in the Disney philosophy at Tokyo Disneyland (TDL), which at the time was in its initial stages of development. He also helped manage both the construction and operations phases of TDL. Lipp later penned the first of eight books titled The Success of Tokyo Disneyland.

After completion of TDL in 1983, Doug Lipp returned to Disney’s headquarters to lead corporate training initiatives. He worked alongside Disney’s new leadership team where he witnessed strategic developments first-hand. When Lipp is hired to speak about Disney, customer service, and change, he brings an intimate perspective from a time of historical significance at Disney.

Doug Lipp decided to leave the Walt Disney Company to pursue his passion for researching and analyzing successful global corporations. His fluency in Japanese, combined with his recent experience at Tokyo Disneyland, fueled his decision to go independent. After experiencing first-hand the successes and frustrations faced by international teams with the TDL project, Lipp wanted to help other multinational organizations struggling with issues related to international teamwork.

With a professor from Stanford University (and co-author of his second book), Doug Lipp helped lead a private, Palo Alto-based consulting firm and think-tank called the Intercultural Relations Institute (IRI). Through IRI, Lipp worked with international corporations based in Europe, Asia, the Middle East, and the US. Lipp taught IRI’s clients, such as Procter & Gamble and Intel, how to develop and implement strategies for better leadership and management of diverse teams of professionals in the growing global business arena. After years of consulting Fortune 500 clients, Doug joined NEC, a major Japanese corporation. For the next seven years, Doug consulted NEC’s multinational executives at their newly constructed semiconductor plant in Northern California.

In 1993, Doug Lipp established his own training and consulting firm G. Douglas Lipp & Associates. Along with his wife Pam, he has been actively growing the company for more than 20 years. Pam oversees marketing and administration, while Doug hits the road on consulting and speaking engagements as a business keynote speaker and leadership speaker.

Lessons From Disney U: The Wonderful World Of An Enduring Brand

Organizational Culture: It's More Than A Coat Of Paint

Doug Lipp persuasively demonstrates that organizational culture is much more than a coat of paint daubed on the walls of a building. Culture is the cornerstone of success and supports your business performance and all operations.

The Magic Of Exceptional Customer Service: Keep Plussing The Show

Learn the four components that are at the heart of Disney University: Innovate. Support. Educate. Entertain. Discover how legendary service is a delicate balance between art and science.

Even Monkeys Fall From Trees: Learn From Mistakes And Embrace Change

Doug Lipp takes you behind-the-scenes to discover how Disney pushed through obstacles by relentlessly challenging the status quo in literally every corner of the company.

It's A Small, Small World: The Globe Is Shrinking. Is Your Business Expanding?

In this powerful and cutting-edge presentation, Doug Lipp shows that regardless of whether your organization is selling globally, the face of the customer is changing. Gone are the days of managing or marketing to a homogenous group. 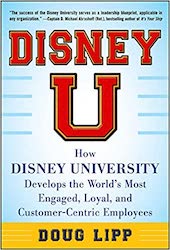 Disney U: How Disney University Develops the World's Most Engaged, Loyal, and Customer-Centric Employees

Disney U reveals the heart of the Disney culture and describes the company's values and operational philosophies that support the iconic brand. Doug Lipp lays out 13 timeless lessons Disney has used to drive profits and growth worldwide for more than half a century.