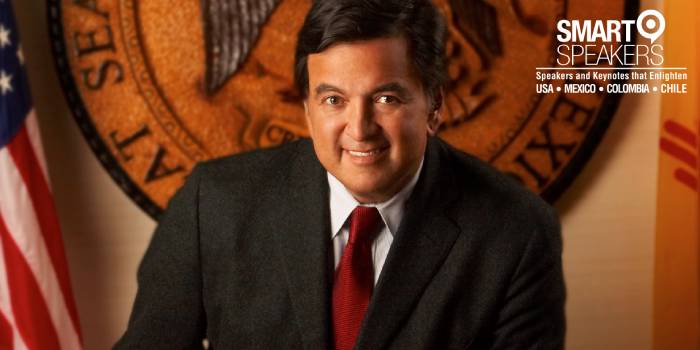 As Governor, U.S. Energy Secretary, U.S. Ambassador to the United Nations and Congressman, Bill Richardson's leadership experiences over a distinguished three-decade career in public service has shaped his perspective on the most pressing issues of our time.

From negotiating with the North Korean regime to easing tensions on the Korean peninsula to sitting down with Saddam Hussein and the Taliban to leading sweeping reform initiatives as the Governor of New Mexico, few can match the wide-ranging experience and dedication to public service of Bill Richardson.

With his combination of domestic, political and high-visibility global experience as well as candor, wit and charm, Bill Richardson helps audiences make sense of the issues confronting us today including working with a divided government, the economy, domestic policy issues, immigration, energy independence, U.S. foreign policy and global diplomacy. Richardson is the co-author of, How to Sweet-Talk a Shark: Strategies and Stories from a Master Negotiator (October, 2013), in which he shares his incredible stories, and offer readers a lesson on how to better manage the sociopaths, dictators, and narcissists in their own lives.

In Bill Richardson's speeches on the same topic he offers audiences a candid and entertaining glimpse into an insider's world of high-stakes power plays and the tools for anyone who wants to come out on the winning end of a negotiation.

Leading by Example: How We Can Inspire an Energy and Security Revolution 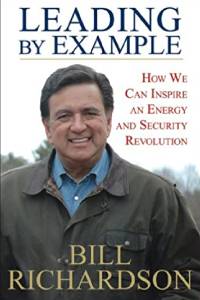 Bill Richardson launched his campaign for the presidency to remind the American people--and their representatives in Washington--that we know how to get things done. We need to end our dependence on oil, and we need to do it yesterday.

This isn't something that's going to happen only in Washington, or Detroit, or even Hollywood or Tokyo. It's going to take all of us, a united United States. We have the opportunity, perhaps for only a few years, to make dramatic but beneficial changes in the way we run America.

As Leading by Example makes clear, if we succeed, with strong presidential leadership and the support of the American people, we will restore America's role in the world--a source of moral leadership, a source of astonishing technology, and a source of optimism to be admired.

How to Sweet-Talk a Shark: Strategies and Stories From a Master Negotiator

An Evening With Bill Richardson