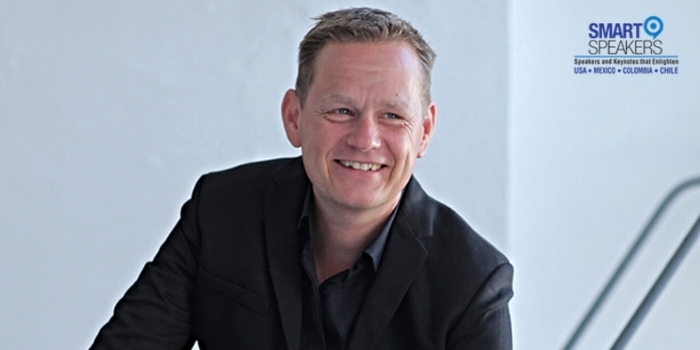 Martin Lindstrom is a legendary expert in Marketing and Branding. Lindstrom has been named one of the World’s 100 Most Influential People by TIME Magazine and has also been included in the prestigious Thinkers50 list.

Martin Lindstrom is the founder and chairman of Lindstrom Company, the world’s leading brand & culture transformation group, operating across five continents and more than 30 countries. TIME Magazine has named Lindstrom one of the “World’s 100 Most Influential People”, and for three years running, Thinkers50, the world’s premier ranking resource of business icons, has selected Lindstrom to be among the world’s top 50 business thinkers.

CEO and Chairman of Lindstrom Company, and chairman of Buyology Inc., Martin Lindstrom advises CEOs of the world’s top businesses. He has a reputation for earning "a guaranteed standing ovation" at his awe-inspiring sessions where he advocates 360-degree branding.

Martin Lindstrom is a high profile speaker and author of 7 New York Times best-selling books, translated into 60 languages. His book Brand Sense was critically acclaimed by The Wall Street Journal as “one of the five best marketing books ever published”, Small Data was praised as “revolutionary” and TIME Magazine wrote this about Buyology: “a breakthrough in branding”.

Martin Lindstrom's groundbreaking work on neuroscience and branding has been hailed as world-changing by Time magazine, who voted him as one of the 100 most influential people in the world.

Martin Lindstrom has delivered keynote addresses to Google, the World Business Forum, KraftHeinz, Disney, Amazon, LEGO, and the World Economic Forum. Lindstrom is a co-producer and the host of NBC’s popular Mainstreet Makeover, an op-ed columnist for the New York Times, and a frequent contributor to Fast Company. 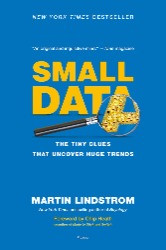 Hired by the world’s leading companies to find out what makes their customers tick, Martin Lindstrom spends 300 nights a year overseas observing people in their homes to uncover their hidden desires and ultimately a multi-million dollar product. 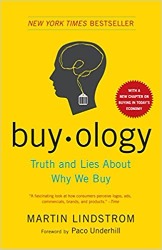 In Lindstrom’s ground-breaking $7 million neuromarketing study, he explores the truth and lies about why we buy. Lindstrom’s New York Times and Wall Street Journal international best-selling book peers deep inside the brain (literally) using fMRI to discover the precise areas being ‘lit up’ in response to brand and advertising messages exploring. 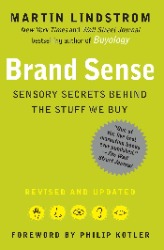 Lindstrom delves deep beneath the surface to explore the human senses and how these are activated in the decision making process.The reliance on a 2-dimensional sensory advertising world becomes the catalyst to the question: why? We have 5 senses available, Lindstrom contends, why not use them all to make a brand truly touch its market.