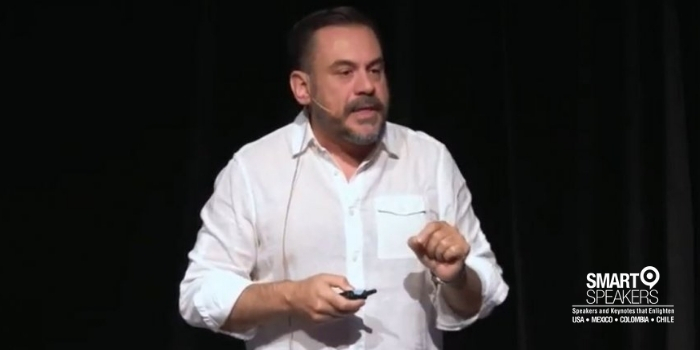 Leonard Brody is an award-winning entrepreneur, venture capitalist and bestselling author. He is considered a visionary of business and new technologies.

Leonard Brody is co-founder and executive chairman of Creative Labs. Named one of the top 30 up and coming management thinkers in the world, Brody is known as “a leader of the new world order”. He is an award-winning entrepreneur, venture capitalist, bestselling author, and a two-time Emmy-nominated media visionary.

Over his career, Leonard Brody has helped in raising hundreds of millions in capital for startup companies, been through one of the largest internet IPOs in history taking a company to a six billion market cap, and has been involved in the founding and successful exit of numerous companies to date.

Leonard Brody is currently the co-founder and executive chairman of Creative Labs, a joint venture with CAA (Creative Artists Agency in LA), the largest sports and entertainment agency in the world, where he oversees the building of new ventures for some of the most well-known celebrities and political leaders in the world. Brody was previously the president of the Innovation and Digital Group for the Anschutz Company, which he took after selling his company in 2009.

A highly sought-after public speaker, Leonard Brody has lectured at institutions such as the G8 and the United Nations. His work has also been featured in such publications as Fortune, The Wall Street Journal, BBC and the New York Times. Brody is currently writing a new book in partnership with Forbes, called The Great Re:Write, based on the successful documentary series he and Forbes produced.

In his compelling, customized talks — for clients ranging from the United Nations to Visa and Pepsi — Leonard Brody addresses the rapid pace of change, innovation, and disruption facing us all, and what to do about it.

Bouncing Back: Growth is Coming

Leonard Brody can help you shift your perspective on what we’re going through and understand that the success stories in the coming years will be tied to leaders who master these cycles and are prepared to bounce back.

Leonard Brody explains how to deal with the questions the future holds, and how organizations can harness the uncertainty they’re faced with and turn it into excitement, innovation, and success.

It’s time to demystify AI and truly understand what it is and how it can be harnessed to propel organizations to their next level of growth and purpose.

As the blockchain allows individuals and organizations to launch their own economic systems, the global capital markets will have to react and respond. This may be the largest shift in the movement of money ever. 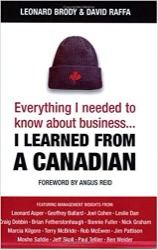 Everything I Needed to Know About Business ... I Learned from a Canadian

The book offers first-hand insights, experience, and best practices from twenty-four business and culture leaders, all of whom have achieved excellence in a particular area of business, at home and on the world stage.