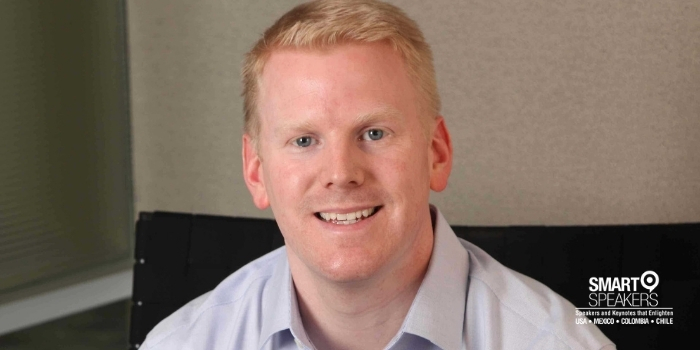 Kevin Colleran began his career at Facebook in early 2005 as one of its first seven employees and the very first advertising sales person.

As one of the first employees behind the site that revolutionized communication in the digital age, Kevin Colleran has a knack for identifying innovative ideas. He currently serves as the Managing Director at Slow Ventures investment fund, which has invested in over 160 early state technology companies, including Pinterest, Evernote, Plated, Nest, Birchbox, Tumblr, Postmates and TaskRabbit.

Kevin Colleran is a Venture Partner at General Catalyst, a venture capital fund focused on early stage technology investments in the consumer, internet, mobile and enterprise spaces. He is also a co-owner of a successful angel investment fund and serves as an advisory board member at several companies, including DataLogix, Yik Yak, PillPack, YPlan and Path. Colleran is a member of the Board of Directors for SocialRadar and Chatous.

Kevin Colleran began his career at Facebook in early 2005 as one of its first seven employees and the very first advertising sales person. At that time, Facebook (known as TheFacebook) was a small, U.S. based English language website comprised of less than 1 million college students. Working from Facebook’s East Coast Headquarters (Colleran’s 1 bedroom apartment in New York City), he focused on building Facebook’s first advertising partnerships while helping to establish social media as an essential component of every brand’s marketing strategy.

Kevin Colleran spent more than six-and-a-half years at Facebook becoming the most tenured employee other than Founder and CEO Mark Zuckerberg. During his career at Facebook, Colleran led some of the company’s largest advertising partnerships with brands like Procter & Gamble, Johnson & Johnson, and Coca Cola. Sean Parker, Facebook’s Founding President, called Colleran “one of the best hires I ever made.” As Facebook’s first and longest serving East Coast employee, Colleran was named one of New York’s “100 Coolest Tech People” by Business Insider in 2010.

Kevin Colleran’s various internet 1.0 companies included StartingPage.com, LiveService.com, and PhotoMasterpieces. While in college in Boston, Colleran co-Founded BlabberForce Enterprises, a company that recruited student entrepreneurs on college campuses (called ‘Blabbermouths’) and gave them the tools to start their own grassroots marketing companies on their own campuses. After college, Colleran worked as a consultant with BMG Music in New York where he launched a music sponsorship company that focused on artists signed to the Arista and RCA record labels.

Kevin Colleran currently writes for “The Accelerators” section of The Wall Street Journal, along with several other startup gurus, in which they address entrepreneurship and venture capital. An engaging storyteller with an infectious sense of humor, Colleran offers an enlightening presentation on sales, marketing, and branding in the digital age.