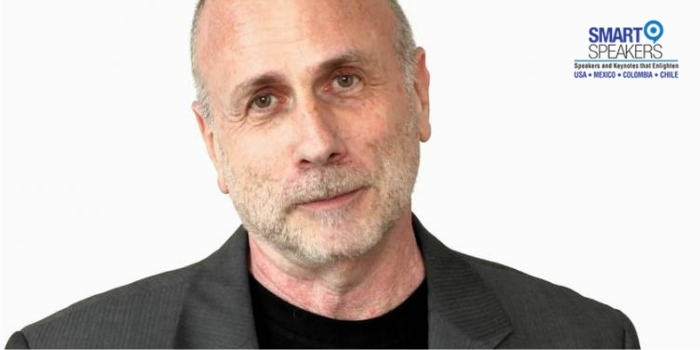 Ken Segall is the former Creative Director of NeXT and Apple. He came up with the legendary 'Think Different' slogan and worked alongside Steve Jobs developing ideas that materialized in iconic products such as the iMac and the iPhone.

For 12 years, Ken Segall was creative director for NeXT and Apple, where he worked closely with Steve Jobs to pivot Apple from near bankruptcy to a value of $153 billion within the course of a decade. Segall has documented the secrets to Apple’s success and how other companies can apply them in his New York Times bestseller, Insanely Simple: The Obsession That Drives Apple’s Success, and his follow-up book, Think Simple: How Smart Leaders Defeat Complexity.

Ken Segall spearheaded Apple’s game-changing “Think Different” campaign, and co-authored the first ever Emmy-winning commercial, The Crazy Ones. He is also famous for naming the “iMac,” thus sparking Apple’s iconic “i” product craze. Additionally, Segall’s talent and obsession with technology has landed him jobs marketing for IBM, Intel, and Dell.

In his New York Times Bestseller Insanely Simple, Ken Segall shows how Steve Jobs’s love of simplicity helped propel Apple from near-bankruptcy to become the world’s most valuable company; in Apple’s success, there are valuable lessons for every company’s success. In Think Simple, Ken Segall goes beyond Apple to show how simplicity is powering many different companies around the world. The book is based on interviews with more than 40 CEOs and business leaders, including those at Whole Foods, The Container Store, Ben & Jerry’s, Charles Schwab, Telstra, Bank of Melbourne, and many more.

As an author and speaker, Ken Segall explores how business leaders around the world are raising profits by cutting complexity in their products and operations. An internationally in-demand presenter, he’s delivered keynotes about the power of simplicity on five continents.

In this talk, I shine a light on the elements of simplicity that have driven the success of Apple and other companies, enabling them to outthink their competitors.

Here, I focus on some of Apple’s more famous advertising moments, taking the audience behind the scenes to understand the sometimes-crazy road from concept to air.

In this talk, I take a closer look at Steve’s management style, illuminating principles that anyone can adopt to motivate employees, make better products and streamline complicated companies.

This talk focuses on how to build an amazing brand, Steve Jobs-style—how to focus, align the workforce, shun complexity and create a brand that only becomes more profitable over time.

That’s why I developed this presentation. It’s about turning weakness into strength, turning failure into success, turning chance into opportunity and maximizing your chances of becoming who you want to be. Even if you have no idea what that is. 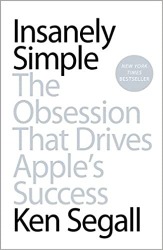 Insanely Simple is based on Ken Segall’s 12 years of experience working with Steve Jobs as his ad agency creative director, spanning NeXT and Apple. Focusing on ten core principles, it explains how Steve used simplicity as a competitive weapon, besting companies who had far bigger resources to draw upon. 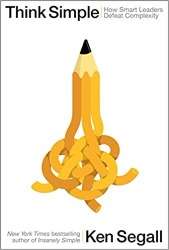 Think Simple is the result of Ken Segall’s interviews with over 40 business leaders in different industries around the world. In this book, these leaders explain why they place such high value on simplicity, and how they instill it into their companies. You’ll hear valuable ideas for simplification from the leaders and founders of Whole Foods, The Container Store, Ben & Jerry’s and many more.