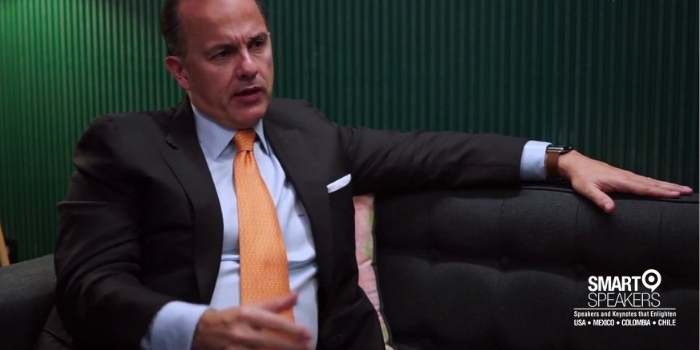 Jorge Suárez-Vélez is a renowned economist, financial analyst and commentator for CNN and ForoTV.

Jorge Suárez-Vélez has been Managing Director at Allen & Company Investment Advisors since May of 2015. He was a founding partner of SP Family Office, LLC from 2009 to 2015, CEO of ING Private Wealth Management, LLC from 2004 to 2009. Previously, he worked for other Swiss, Japanese and Mexican financial institutions.

Since 1998, Jorge Suárez-Vélez has been a weekly guest at CNN en Español, commenting on economic topics. In July of 2017, he became a weekly Op-Ed columnist for Reforma/El Norte/Mural in Mexico, writing about politics and economics. He previously wrote a similar column for El Financiero newspaper in Mexico (local partner of Bloomberg), from 2013 to 2017.

In 2011, Random House published Jorge Suárez-Vélez’s book La Próxima Gran Caída de la Economía Mundial (The Coming Downturn of the World Economy), and in 2013 Ahora o Nunca, La Gran Oportunidad de México Para Crecer (Now or Never, The Great Opportunity for Mexico to Grow). He has been a speaker at events of the Council of Foreign Relations, the Council of the Americas, Aspen Institute, Milken Institute Global Conference, Columbia University, Penn University, Pace University, FIU, and dozens of conferences throughout the Americas.

An economist from the ITAM university in Mexico City, Jorge Suárez-Vélez completed graduate programs at the IMD at Lausanne, Switzerland in 2003 and 2007. He taught at the Universidad Panamericana in Mexico City between 1984 and 1988. From 2005 to 2016 he served on the board of trustees of the Lycée Français de New York; since 2011 on the board of Qualitas of Life Foundation. In 2016 he joined the board of “¿Cómo Vamos?” in Mexico City, and on the advisory board of the Mexico Institute at the Wilson Center. He co-presides over APEM, which he co-founded in 2012. 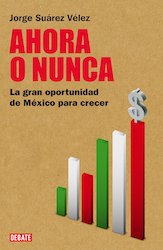 With an agile style, this meticulous analysis of our economic panorama adds a key element: the enormous possibilities of the energy integration of the United States offer an ideal scenario to generate economic cooperation in the region and that Mexico becomes, against all forecasts, the main beneficiary of the consolidation of that country. 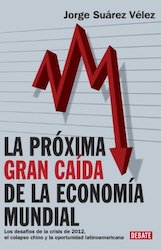 An enlightening analysis about the current state of the economy, predictions of the double dip recession, the big collapse of the Chinese economy and why this might be the time for Latin-American countries to seize the situation and experience growth.