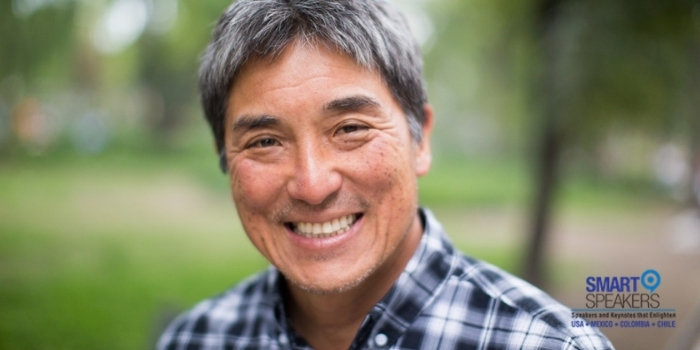 Guy Kawasaki is an outstanding entrepreneur, venture-capital pioneer and technology speaker. He is the chief evangelist of Canva and Apple veteran.

Apple veteran, entrepreneur, and venture-capital pioneer, technology speaker, Guy Kawasaki is the chief evangelist of Canva and former chief evangelist of Apple, as well as a trustee of the Wikimedia Foundation. Kawasaki is an executive fellow of the Haas School of Business (UC Berkeley), and adjunct professor of the University of New South Wales. He has a BA from Stanford University, an MBA from UCLA, and an honorary doctorate from Babson College.

As Apple’s chief evangelist in the mid-1980s, Guy Kawasaki helped developers take advantage of the Apple II’s revolutionary popularity. Practicing what he preached, Kawasaki then left Apple to launch ACIUS, a company that published database software for the Macintosh. ACIUS’s flagship product, 4th Dimension, is still in use. Additionally, he co-founded Fog City Software, creators of Emailer and LetterRip.

By 1995, Apple’s fortunes were flagging, and the company called upon Guy Kawasaki once more to rejuvenate its user base. He accomplished that in just two years, and in 1997 Kawasaki left again. Along with Craig Johnson and Rich Karlgaard, he started Garage.com, an angelinvestor matchmaking service. Now called Garage Technology Ventures, the company is a full-spectrum venture capital firm.

Above all, Guy Kawasaki’s successes at Apple had earned him a sterling reputation, and companies ranging from Google to Mercedes Benz have hired him as an ambassador. Currently, Kawasaki is Chief Evangelist at Canva, an online graphic design service.

The Art of Innovation

This speech explains how to create innovative products and services using tactical and practical techniques. It is best suited for organizations that want to jump to the next curve.

The Art of the Start

The speech about how to create a new company. It reflects the knowledge Guy has gained from Apple, starting multiple companies, working as a venture capitalist, and advising dozens of companies.

The Art of Enchantment

The speech explains how organizations and individuals can change people’s hearts, minds, and actions.

The Art of Social Media

The Lessons of Steve Jobs

Guy Kawasaki draws from his experience working for Steve and applies these lessons to business practices. 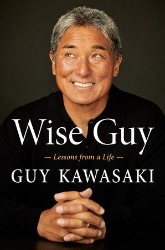 Wise Guy is Guy’s most personal book. It’s not a traditional memoir but a series of vignettes. Kawasaki covers everything from moral values to business skills to parenting. As he writes, “I hope my stories help you live a more joyous, productive, and meaningful life. If Wise Guy succeeds at this, then that’s the best story of all.” 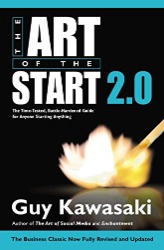 In its original form, The Art of the Start was the de-facto standard for learning how to start a company. The new version is 64 percent longer and features Guy’s latest insights and practical advice about social media, crowdfunding, cloud computing, and many other topics. 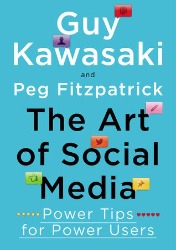 The Art of Social Media

For beginners overwhelmed by too many choices as well as seasoned professionals eager to improve their game, The Art of Social Media is full of tactics that have been proven to work in the real world. Or as Guy puts it, “Great stuff, no fluff.”

Guy Kawasaki (Author) on Lessons from a Life in Technology | #TNW2019