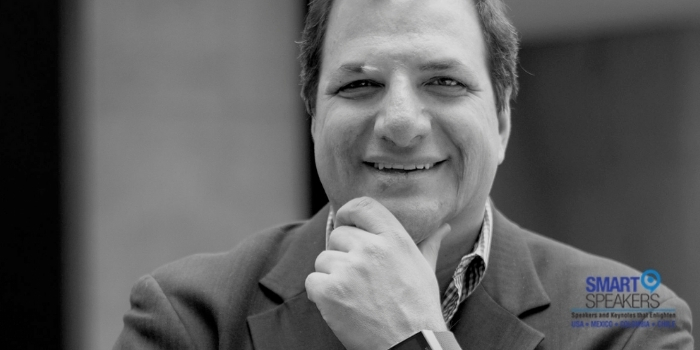 Daniel Marcos is the global CEO, along with Salim Ismail, of ExO Education, a company that seeks innovation in organizations by implementing the methodology of the book Exponential Organizations.

Daniel Marcos is the founder and President of the Growth Institute, a leading executive education company for executives of high-growth companies. The Growth Institute's mission is to help 1 million entrepreneurs scale their companies faster and with less drama.

Thanks to his CEO-Coach certification in the Scaling Up methodology, Daniel Marcos has led development programs for suppliers such as Grupo Modelo, Alsea, Coppel, Televisa and Endeavor. Marcos was nominated for the “30 in 30” list by Expansión México magazine after having sold his first online financial services company, Finanzas Web, to Patagon, a leading Argentine finance company. After this, Marcos became CEO of Patagon Mexico.

Currently, Daniel Marcos is an ambassador for Singularity University in Austin TX, CEO of ExO Education in conjunction with Salim Ismail and an active member of EO and YPO.

As a public speaker, Daniel Marcos has had the opportunity to share the stage with leaders such as Peter Diamandis, Guy Kawasaki, and Richard Branson. He is also a passionate writer and has published articles in media such as Forbes magazine, as well as collaborated in books such as From Start-up to Scale-Up, The Clockwork System: Design Your Business to Run Itself, among others.