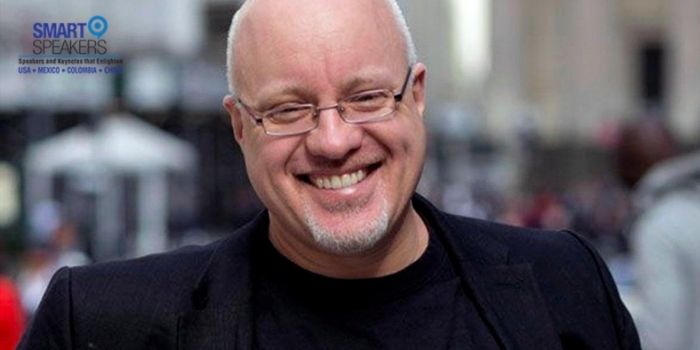 Brett King is a world-renowned financial expert, named Innovator of the Year by American Banker Magazine in 2012. King is the prolific author of Bank 2.0, a guide to the future of the industry in the Digital Age.

Brett King is a futurist, best selling author and award winning speaker. King hosts a globally recognized radio show called “Breaking Banks” and is the Founder and Executive Chairman of neo-bank Moven. As a speaker, he has given keynotes in over 50 countries at TED conferences and delivered opening speeches for Wired, Techsauce, Singularity University, Web Summit, The Economist, IBM’s World of Watson, CES, SIBOS and many more. King has appeared as a commentator on CNN, CNBC, BBC, ABC, Fox, and Bloomberg. Additionally, he previously advised the Obama administration on Fintech policy and advises regulators and bank boards around the world on technology transformation.

Brett King was recognized as BTN Magazine’s 11th “Annual Innovator of the Year” in 2012, a distinction that honors the most creative, disruptive, and influential individuals in the banking world today, for his vision of ‘frictionless’ banking, his efforts in encouraging reform in the consumer banking space, and for his work in developing a new financial health score, named CRED, that utilizes social media as part of its credit and pricing decisions for consumers.

Named “King of the Disruptors” by Banking Exchange magazine and the “Godfather of Fintech” by The Australian newspaper, Brett King has also been named American Banker’s 2012 Innovator of the Year, becoming one of the few non-banker exceptions in the group of financial services executives who were nominated, cited as adding new elements, such as crowdsourcing, mobile innovation and context-aware computing, to more traditional financial services. Among other accolades, King has also been voted the world’s #1 Financial Services Influencer by The Financial Brand and nominated by Bank Innovation as one of the top 10 “coolest brands in banking” and  shortlisted for the 2015 Advance Global Australian of the Year Award for being one of the most influential Australians living offshore.

Brett King’s books have been released in over a dozen languages and he has achieved bestseller status in 20 countries. His fifth book, “Augmented: Life in the Smart Lane” was an international bestseller, reaching the top 10 in North America and China, and the remaining in the top 10 on Amazon for 2 years. Bank 4.0, which followed, spent 2 years on the Amazon bestsellers list for Banking books.

When Brett King  is hired for an event, he delivers a fully interactive experience, combining a masterful delivery of content on stage but also interacting with attendees, answering questions and fully immersing himself in every public speaking experience.

Moven is a revolutionary banking app that launched to much acclaim in 2012. This is the story of how near-banks like Moven, Simple, GoBank and others are revolutionizing retail banking on multiple fronts. Brett King shares the journey of why Moven decided on a cardless, paperless, transparent model of banking and how CREDScore, Gamification and the real-time feedback loop are changing  the way we think about banking. As players like Moven continue to achieve what they are aiming for, the way that consumers expect banks to operate has changed forever.

Augmented: Life in The Smart Lane

Is your business ready to adapt? Because chances are, you don't have a choice. The coming Augmented Age promises a level of disruption, behavioral shifts and changes that are unparalleled in a world that will see more change in the next 20 years than it has in the last 250. Following on from the Industrial or Machine Age, the Space Age and the Digital Age, the Augmented Age will be based on four key disruptive themes: Artificial Intelligence, Experience Design, Smart Infrastructure and HealthTech.

There is a massive upheaval facing the banking industry today as a result of loss of trust, rapid consumer behavioral shift, massive technological change and increasing government scrutiny. It remains a frightening time for those wishing to continue with 'business as usual'. But for those who are prepared to embrace digital, there is a whole new world to capitalize on. 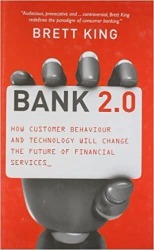 Bank 2.0: How Customer Behaviour And Technology Will Change The Future of Financial Services

Bank 2.0 reveals why customer behaviour is so rapidly changing, how branches will evolve, why bank checks are disappearing, and why the mobile phone will replace the wallet—all within the next 10 years 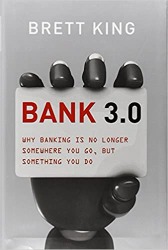 Bank 3.0: Why Banking Is No Longer Somewhere You Go But Something You Do

Bank 3.0 shows that the gap between customers and financial services players is rapidly widening, leaving massive opportunities for new, non-bank competitors to totally disrupt the industry. 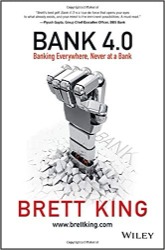 Bank 4.0 explores the radical transformation already taking place in banking. Fintech startups and tech giants are redefining how banking fits in the daily life of consumers. To survive, banks are having to develop new capabilities, new jobs and new skills.

Brett King on Bank 4.0 at #IntellectUserMeet2019