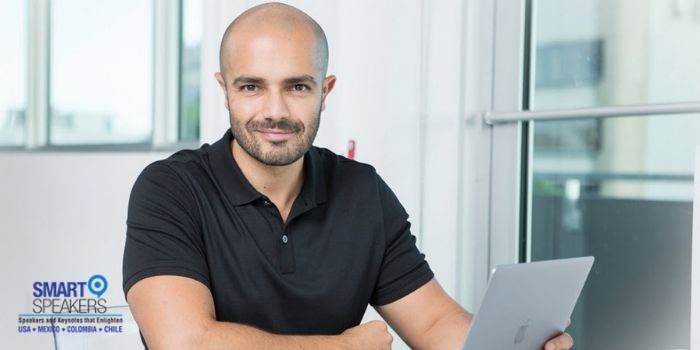 Andrés Moreno is a successful Hispanic entrepreneur and speaker. He is the creator and founder of the popular Open English, a leading company in teaching English online.

Andrés Moreno is the Chairman and CEO of Open Education, the leader in internet-based instruction in Latin America. In this capacity, he oversees the company’s holdings, including Open English, the #1 online language platform in Latin America and Next U, the fastest growing online technology skills learning platform in the same region. Open Education has enrolled +750,000 students since founding and raised over USD $135 million in venture capital to drive the company’s expansion.

Andrés Moreno is a multifaceted entrepreneur involved in a myriad of projects of regional impact. He is a founding partner at Escala Ventures, a venture builder and scale-up accelerator focused on the consumer and SMB space. He’s also a founding board member and Co-Chair of Endeavor Miami, a leading promoter of entrepreneurship present in more than 16 countries. Moreno travels frequently to Spanish and Portuguese-speaking countries to hold conferences on success and entrepreneurship. He’s also the recipient of a number of notable awards, including Babson College recognizing him as the “Latin American Entrepreneur of Decade” and the Software Report selecting him as one of the top 25 Education Technology CEOs of 2019.

The explosive growth of Open English and Next U and Andrés Moreno’s success have been featured in The Wall Street Journal, CNN, El Mercurio, Globo, El Tiempo, O Estado de São Paulo, The Miami Herald and other top media outlets across the Americas.