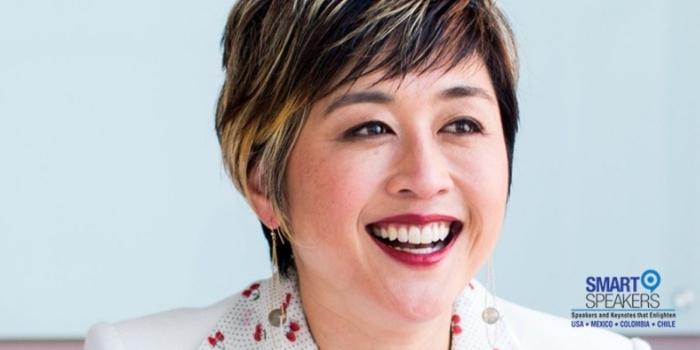 Jenn Lim is a top happiness keynote speaker and CEO & Co-founder of Delivering Happiness, an organization that has taken its techniques and philosophy to more than 14 countries and which have been successfully applied in multiple companies of all sizes.

Jenn Lim got her start as a cultivator of workplace happiness when she was brought on as a consultant for Zappos in 2003 during its start-up days. She was the creator of the original Zappos’ Culture Book, which unintentionally became a tool of choice for companies looking to measure and improve employee happiness.

After Zappos and its CEO, Tony Hsieh, became international names, Jenn Lim oversaw the marketing of Tony’s blockbuster book Delivering Happiness. Lim was also the major force behind getting the book translated into 17 different languages. The book’s sensational success led to the creation of Delivering Happiness, “the world’s first culture coach|sulting™ company.”

Jenn Lim has served as the company’s CEO and CHO (Chief Happiness Officer) since the company’s foundation. She is on a mission to create a happier world by helping leaders create happier employees. An accomplished presenter, some of her past events include keynotes at Twitter, Pixar, Stanford, UCLA, the Entrepreneurs’ Organization, NAWBO, and the American Marketing Association.

Jenn Lim has helped over 350 organizations and has devoted her career to cultivate meaningful happiness in companies, communities, and cities around the world. In 2017, Lim was selected to be on the Global Happiness Council of Work and Wellbeing with the charter to scale the impact she’s made in even more sustainable ways.