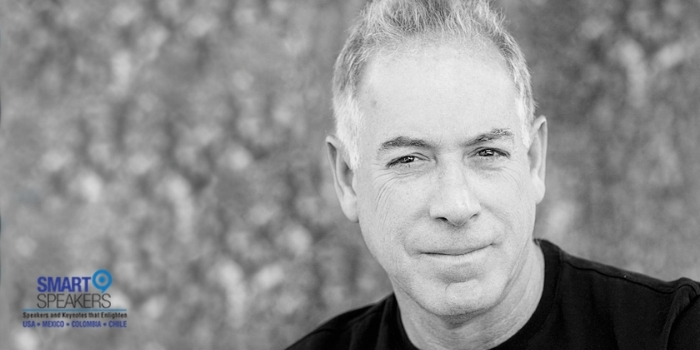 Dr. James Canton is a Fortune 500 consultant, leading global futurist and social scientist who has garnered a massive global audience with an ever-increasing demand for his speeches.

A renowned global futurist, author and global advisor to the Fortune 100, Dr. James Canton has been forecasting the leading innovations and trends that have shaped our world for 25 years. He is the CEO and Chairman of the Institute for Global Futures, a San Francisco based Think Tank. He has advised three White Houses, over ten nations, and over 100 companies worldwide. He was on the founding advisory board of Singularity University, an Apple Computer executive and has appeared on CNN, CNBC, Fox and NBC. He is the author of Future Smart, Technofutures and The Extreme Future.

Dr. James Canton holds a position as Senior Fellow at the Centre for Research in Innovation at the Kellogg School of Management and advises many of the Global Fortune 1000 on future trends in all of the most vital areas for business, including energy, security, climate change and globalization. Amongst those to have benefited from Dr. Canton’s advice are three White House Administrations, the National Science Foundation and MIT’s Media Lab, Europe.

Much in demand for media appearances, Dr. James Canton is a CNN commentator (the network has named him “the Digital Guru,” an accolade which sits alongside Yahoo’s naming him “Dr. Future”). He has been featured in or on CNBC, Fox, PBS, ABC, Fortune, The Wall Street Journal, The Economist, Bloomberg Report, The New York Times, US News and World Report, CEO, CIO and CFO magazines, and his blog, Global Futurist, has a multitude of followers around the world.

Dr. James Canton also holds a position as co-chairman of the Futures and Forecasting Track at Singularity University, an institution whose mission is to provide the leaders of the future with the right skill sets and philosophies to enable them to employ advanced technology for the good of the future of the planet.

Recognized by Successful Meetings Magazine as one of the top presenters in the 21st century,  Dr. James Canton’s reputation as a leading global futurist and social scientist has garnered him a massive global audience with an ever-increasing demand for his keynote speeches. 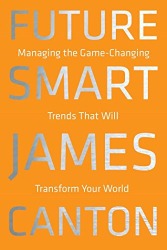 Future Smart: Managing the Game-Changing Trends that Will Transform Your World

To thrive in this future you have to become predictive, adaptive, and agile—to become Future Smart. Dr. James Canton, illuminates the pivotal forces and global power shifts that everyone must understand today to thrive in a rapidly changing landscape. 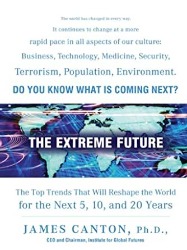 The Extreme Future: The Top Trends That Will Reshape the World in the Next 20 Years

Our world is constantly buffeted by new and dramatic changes that we can’t fully grasp. No one is fully prepared for the challenges, crises and risks that lie ahead. The Extreme Future is a blueprint for what’s next and how to navigate these changes. 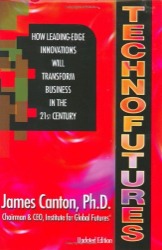 Technofutures: How Leading-Edge Innovations Will Transform Business in the 21st Century

Technofutures provides a visionary and bold forecast of how leading-edge innovations will transform business and society in the 21st century. This book is a blueprint for carving out competitive advantage.