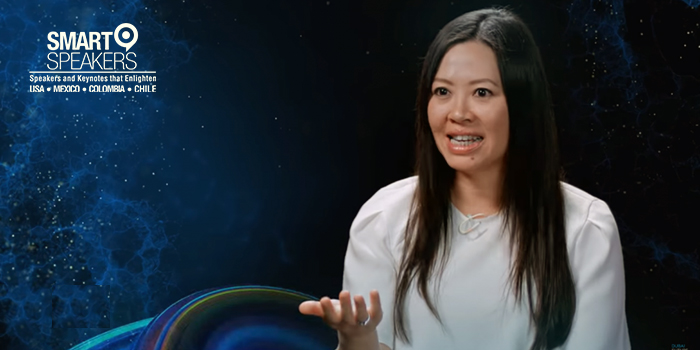 Tan Le is a top innovation and business keynote speaker, technology entrepreneur, author, and founder and CEO of EMOTIV.

Tan Le has won numerous awards, including Young Australian of the Year in 1998,  Australia’s 30 Most Successful Women Under 30, Most Influential Women in Technology by Fast Company in 2010, and Forbes 50 Names You Need to Know in 2011.

Tan Le is recognized as one of the most influential pioneers in the emerging field of brain-computer interface. An inventor, explorer, and entrepreneur, she is the founder and CEO of EMOTIV, a San Francisco-headquartered neuroinformatics company. EMOTIV's mission is to improve understanding of the human brain and develop a platform for researchers, developers, and consumers around the world to be part of a global innovation task force. The company's non-invasive "brainwear" reads and interprets brainwaves, making it possible to control virtual objects with mere thoughts.

Born in South Vietnam, Tan Le migrated to Australia as a refugee with her family in 1981. At 16, she began University studies and went on to complete degrees in law and commerce. In 1998, Tan was named Young Australian of the Year for her community work, catapulting her into a prominent role as a social activist and public speaker. Tan has been honored by the World Economic Forum (WEF) as a Young Global Leader since 2009 and currently serves on the WEF's Global Future Council on Neurotechnologies.

Tan Le was featured in Fast Company's Most Influential Women in Technology in 2010, Forbes' 50 Names You Need to Know in 2011, and named a National Geographic Emerging Explorer in 2013. Tan received the 2018 Industrial Research Institute Achievement Award for "outstanding accomplishment in individual creativity and innovation that contributes broadly to the development of industry and to the benefit of society." In 2018, a portrait of Tan was added to the permanent collection of the National Portrait Gallery of Australia - an honor bestowed on prominent Australians whose life sets them apart as an individual of long-term public interest. 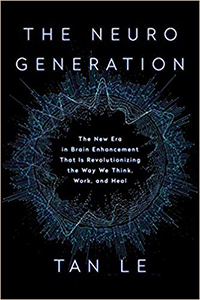 Brain science is at the dawn of a new era—and the technologies emerging as a result could forever alter what it means to be human.

Welcome to what tech pioneer and inventor Tan Le calls “the NeuroGeneration.” It will blow your mind.

The human brain is perhaps the most powerful and mysterious arrangement of matter in the known universe. New discoveries that unravel this mystery and let us tap into this power offer almost limitless potential—the ability to reshape ourselves and our thought processes, to improve our health and extend our lives, and to enhance and augment the ways we interact with the world around us. It may sound like the stuff of science fiction, but it is quickly becoming reality.

In The NeuroGeneration, award-winning inventor Tan Le explores exciting advancements in brain science and neurotechnology that are revolutionizing the way we think, work, and heal. Join Le as she criss-crosses the globe, introducing the brilliant neurotech innovators and neuroscientists at the frontiers of brain enhancement. Along the way, she shares incredible stories from individuals whose lives are already being transformed by their inventions—an endurance racer paralyzed in a fall, who now walks thanks to neural stimulation and an exoskeleton; a man who drives a race car with his mind; even a color-blind “cyborg” whose brain implant allows him to “hear” colors.

How does the brain work in everyday situations?