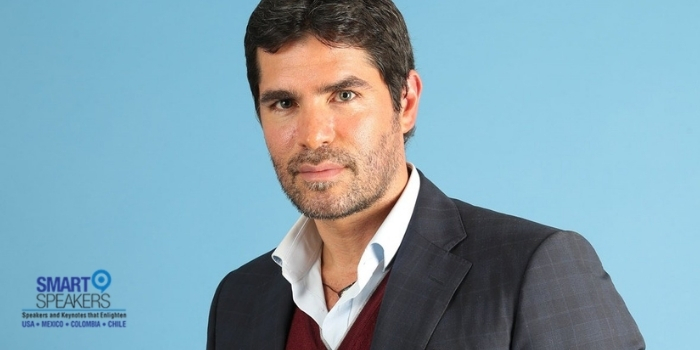 Eduardo Verástegui is a former actor, film and television producer and social activist, an altruist who shares his philosophy of compassion for others in inspirational conferences.

Eduardo Verástegui reaffirms his Catholicism after acting in the Hollywood film "Chasing Papi", where an English teacher made him reflect on the emptiness of his life. When he realized this, in his words, he felt "shaking inside".

The Mexican father Juan Rivas began to help him and offered him some books that showed him the beauty of the Christian life. He began to attend daily mass and another priest, Father Francisco, proposed a general confession. After a long preparation, Eduardo Verástegui made a three-hour confession with Father Justino. It is what the actor considers the second moment of his conversion. "I understood that he was not born to be an actor or something else, but to know, love and serve Jesus Christ."

Then, with the audacity of the convert, Eduardo Verástegui sold all his things and decided to go to Brazil as a missionary; but Father Juan Rivas made him see that where he should be he was where he already was, Hollywood; there Christ was more necessary than in the jungle.

Eduardo Verástegui created the Metanoia Films Production Company with Leo Severino to make films at the service of human hope and dignity. "Bella" is the first film from this company, which was offered to Our Lady of Guadalupe and which won the Toronto Festival against all odds. He has also created a Bible study for actors and directors, a meeting place in Hollywood for those seeking more than just fame.

Eduardo Verástegui has been actively involved in the fight against abortion, which he considers a crime against humanity and women. To this end, he has participated in numerous campaigns to oppose abortion.