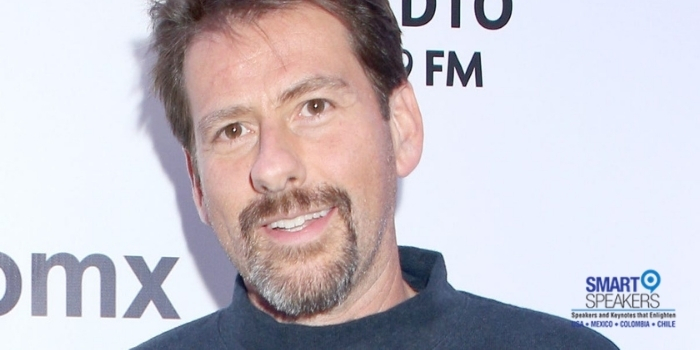 Eduardo Videgaray is an extroverted Mexican host and broadcaster who has stood out for his foray into TV channel Telehit and different television shows such as “La Sopa” on E!

Eduardo Videgaray studied Communication Sciences and Film Direction. He has worked as a host, announcer and has done several special performances.

Eduardo Videgaray started in radio where he joined the ranks of Canal 5 as a host. Later he ventured into Telehit. He was the host of Planeta 3 on Sundays, along with José Ramón San Cristóbal and Yuriria Sierra, having daily broadcasts.

W Radio, Telehit, Torpedo Films, Canal 5 and the commercials for K2 and Hermanos Vázquez have been some of the places where we have seen Eduardo Videgaray perform. He has stood out in programs with shades of dark humor.

In March 2004, Eduardo Videgaray was part of the third edition of the reality show Big Brother VIP, where his dark humor, his peculiar sense of saying things and his disengaged personality led him to obtain first place. After  Videgaray had been absent for several years, he returned to television in August 2008 through Canall 5, with Hasa el hoyo, a game show that he created with his wife, Mónica Abin. In 2010 he started hosting the funny show Resbalón con "El estaca". And later he went to star in the program "La Sopa", on E!