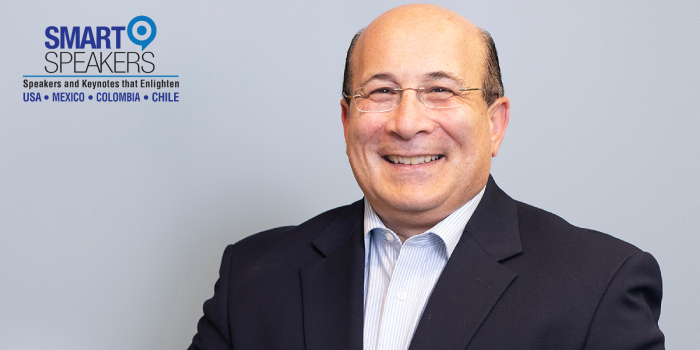 As a financial journalist, Ron Insana stands alone as someone who ran his own hedge fund – experience that makes his insights all the more valuable. He’s also written for Money magazine, USA Today, and authored four bestselling books on investing and reading the financial markets. In Ron’s speeches, he looks at how Wall Street, Main Street and Washington are intersecting – and translates the market signals and political maneuvers into actionable information everyone can understand and use to protect what they have and navigate an uncertain future.

Ron Insana was a trailblazer; among the first group of financial journalists who launched the Financial News Network (FNN) in 1984. When FNN merged with CNBC in 1991, Ron continued to cover the most important stories affecting the financial markets as an anchor and correspondent on CNBC and on other NBC news outlets. In the process, he became one of the most visible reporters broadcasting financial news.

During his broadcasting career, Ron Insana has received numerous honors for his work. He was named one of the “Top 100 Business News Journalists of the 20th Century” and was nominated for a news and documentary Emmy Award for his role in NBC’s coverage of the 9/11 terrorist attack.

In addition to his work as a business journalist, Insana was the CEO of Insana Capital Partners, from 2006-2008, which, at its peak, managed the $125 million Insana Capital Partners Legends Fund. His hands-on experience in the financial industry – through some of the markets’ most turbulent times – gives Ron an added depth of perspective that few financial journalists can match.

In addition to writing, contributing, and advising, Ron Insana is a highly-regarded speaker on domestic and global economics, financial markets, and economic policy issues. He is also currently senior adviser at Schroders Investment Management.

How To Make A Fortune 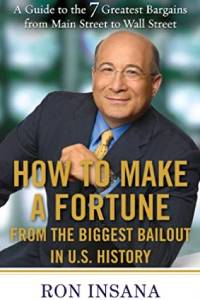 For those in the know, today's financial headlines don't spell disaster--they spell the sale of the century. But it takes a trustworthy veteran of the trading trenches to guide investors through these volatile times. Drawing on his two decades as a financial reporter, plus three recent years working on Wall Street, Ron Insana helps readers restore their depleted portfolios by showing them:
·How to determine reemerging opportunities in submerged markets
·Where to invest in really legit real estate
·How to magnify the magnificent opportunities in municipal bonds and Treasury Inflation Protected Securities (TIPS)
·Where to go mining for the rare gems among the heaps of junk bonds now piling up around the world, and more

The Message of the Markets 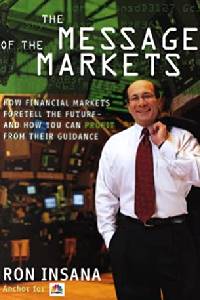 Can the financial markets really foretell the future?

According to CNBC's veteran market watcher, Ron Insana, they can and do. Every day the world's markets are speaking -- shouting, really -- boldly predicting the future. In fact, they are reflecting information not yet revealed to the general public: events as dramatic as the outcome of a war, as tragic as a nuclear accident in some distant part of the globe, or as mundane but vitally important as the future direction of interest rates.

From Here to Normality

As the world seeks to regain some semblance of pre-COVID economic and political equilibrium, so many questions remain. Certainly, some things will bounce back – but which ones? Will others be forever changed (think work from home, the influence of new digital trends, our travel and entertainment, and social lives)? None of this means the U.S. won’t ultimately recover. In fact, with the proper policies and incentives, the economy of the next 50 years could be, quite conceivably, far stronger than the economy of the last 50 years.

The Message of the Markets – What are They Saying About the Future?

How can you protect what you have and find new opportunities in this investment climate? Every day the world’s markets are speaking — shouting, really — boldly predicting the future. In fact, they are reflecting information not yet revealed to the general public. In ancient times, investors and merchants met to buy and sell goods – and to exchange information and gossip. This information is reflected in the prices charged for those goods, whether it was news of war in a far-flung region that will cut off the gold supply or a crop failure that will make wheat scarce.

The Next Wave – New Technologies That Will Transform Your Future

Navigating the post-Coronavirus world will continue to be a whiplash-inducing experience. The new technologies and medical breakthroughs that are coming will make things even more challenging. 5G, AI, robotics, machine learning, regenerative medicine, and more are all racing towards us. Soon, mountains of data will come more forcefully than ever, changing even further what is possible in business. The biggest change of all is how quickly new technologies become ubiquitous.

Ron Insana on whether he still sees opportunities in the market