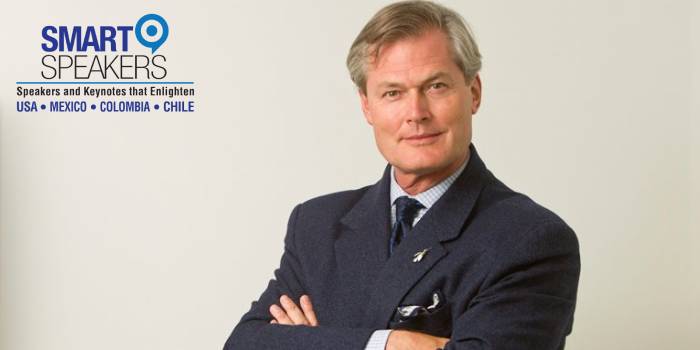 Author of the acclaimed book 'The Blue Economy', Gunter Pauli is an entrepreneur and economist who founded the "Zero Emissions Research and Initiatives" (ZERI) at the United Nations University in Tokyo.

Founder and Chairman of PPA Holding and of more than 10 other companies, Gunter Pauli was also founder and CEO of the European Service Industries Forum (ESIF), Secretary General of the European Business Press Federation (UPEFE), founder and president of the Foundation “ Mozarteum Belgicum “, Chairman and President of Ecover, and advisor to the Rector of the United Nations University in Tokyo. His entrepreneurial activities span business, culture, science, politics and the environment.

Gunter Pauli is dedicated to design and implement a society and industries, which respond to people’s needs using what is locally available. His visionary approach supported by dozens of projects on the ground landed him an invitation to present his cases at the World Expo 2000 in Germany. There he constructed the largest bamboo pavilion in modern days presenting 7 breakthrough initiatives. It became the most popular pavilion with 6.4 million visitors.

On the other hand, Gunter Pauli has been visiting lecturer and professor at universities in on all continents, and Member of the Board of NGOs and private companies in Asia, USA and Latin America. He has advised governments, entrepreneurs and industry leaders on how to implement breakthrough innovations that permits society to better respond to the basic needs of all, starting with water, food, housing, health and energy. He works with what is locally available, focuses on the generation of value.

Gunter Pauli is a Fellow of the World Academy of Arts and Sciences (San Francisco, USA), a creative Member of the Club of Budapest (Hungary), Member of the Club of Rome, moderated the Roundtable of Nobel Science Laureates hosted by HM King of Jordan State and obtained a Doctorate from the Italian Government in systems design. He has been awarded an Honorary Doctorate by the University of Pécs, Hungary. 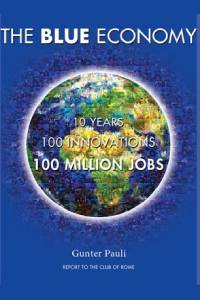 The Blue Economy goes beyond the Globalized and the Green Economy. All new jobs are generated in only 10 countries around the world, and 40% of the population earns less than $3 per day. Time has come to shift towards a competitive business model that responds to the basic needs of all with what is locally available. We need a model that allows producers to offer the best at the lowest prices by introducing innovations that generate multiple benefits, not just increased profits. This economic philosophy was first introduced in 1994 by Prof. Gunter Pauli when asked by the United Nations to reflect on the business models of the future in preparation for COP3 in Japan where the Kyoto Protocol was decided. Now, substantiated by over 180 concrete cases, it is increasingly clear that it is possible to generate more revenue, while generating more jobs and still compete on the global market.

Change the rules of the Game | Gunter Pauli | TEDxSUMAS