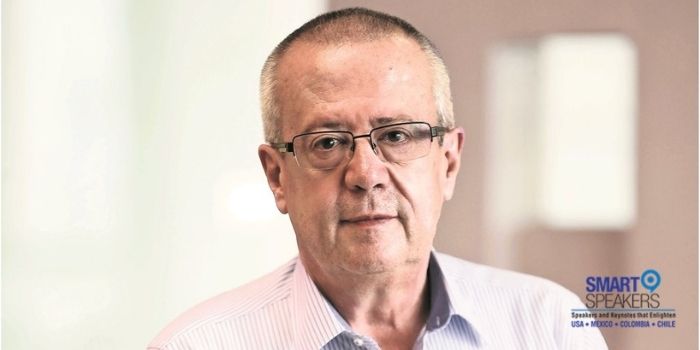 Carlos M. Urzúa is a Mexican academic, politician, and economist. He is a member of the Mexican Academy of Sciences. He is a former Secretary of Finance and Public Credit (2018-2019)

Carlos M.Urzúa has been a consultant on several occasions for the World Bank, the Economic Commission for Latin America, the United Nations Development Program and the Organization for Economic Cooperation and Development, as well as a private consultant for several Mexican companies in international trade. He is a Full Professor at the Tecnológico de Monterrey. Since 2004 he has been part of the National System of Researchers (SNI) as a level III researcher, and has been a member of the Mexican Academy of Sciences since 2007. In addition to his theoretical research, Urzúa has specialized in the Mexican economy: public spending policy, taxes and economic competition, to issues such as poverty in Mexico, fiscal federalism, and economic history.

Carlos M. Urzúa was Secretary of Finance of the Government of the Federal District during the period 2000-2003 in the administration of Lic. Andrés Manuel López Obrador. He was the founder of the Graduate School of Public Administration of the Tecnológico de Monterrey, Mexico City Campus, from 2003 to 2013. In 2017 he was nominated by Andrés Manuel López Obrador to be part of his cabinet at the head of the Ministry of Finance and Public Credit, and assumed office on December 1, 201 until his resignation on July 9, 2019.

Carlos M. Urzúa was previously a professor-researcher at El Colegio de México during the period 1989-2000, and he was also visiting professor at a dozen national and foreign universities, highlighting among the latter the universities of Georgetown and Princeton. Urzúa has a degree in Mathematics from the Tecnológico de Monterrey, and a master of Mathematics from the Center for Research and Advanced Studies (Cinvestav) of the National Polytechnic Institute, as well as a master and doctor in Economics from the University of Wisconsin in the United States.