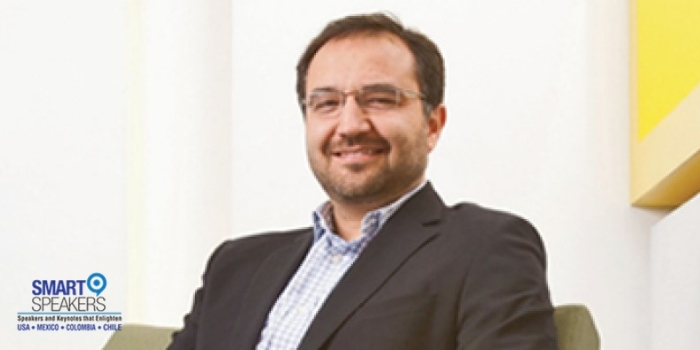 Francisco Ceballos is one of the pioneers of e-commerce in Mexico, having run two unicorns in Mexico, MercadoLibre and Despegar, on their way to IPO in New York.

Francisco Ceballos joined MercadoLibre in 2000 in Miami as regional director of new business development, and later in 2002 in Mexico as general director, taking the small company of 11 employees and less than a few hundred thousand dollars a month in sales, to more of 150 employees and monthly sales of about 100 million dollars at its exit in 2014, including the acquisition of companies such as AutoPlaza and Portal Real Estate, the beginning of negotiations to acquire Metroscúbicos, and assuming control of the Colombian operations. MercadoLibre went public on the NASDAQ in August 2007.

At Despegar, Francisco Ceballos took charge in Mexico in 2014, supervising the professionalization and growth of operations, including the centralization of the call center in Colombia and the back office in Uruguay. Despegar went public on the NYSE in September 2017. He has been an active participant in investments in startups such as Reservamos.mx, and in funds such as Kaszek and Dila Capital. Ceballos has been an Endeavor mentor, IAB board member, and president of the Internet Mexico Association.

As president of the Mexico Internet Association (formerly AMIPCI), Francisco Ceballos implemented the annual celebration of May 17 as Internet Day, as well as the creation of the first study of electronic commerce in Mexico in 2004, which to date is a reference of the industry. Ceballos is a Cybernetics and Computer Science Engineer from La Salle University; Furthermore, he completed an MBA at Stanford University. He also has experience in the financial sector, since he worked at Banco Santander in New York, and Bancomext in Mexico.