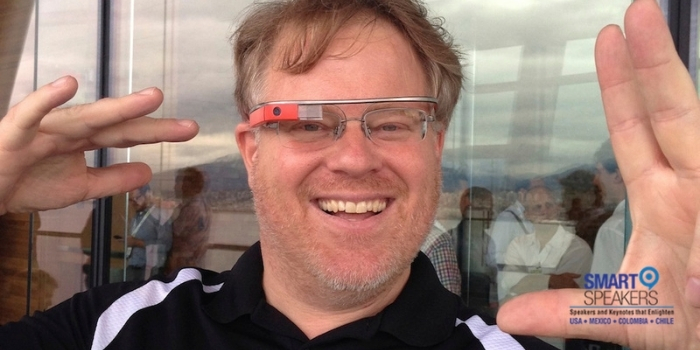 Robert Scoble is one of the most respected digital futurists of the moment, recognized for the “Scoble effect”, which in the world of technology is equivalent to the Oprah effect: When Scoble thinks, the IT world listens.

Social media speaker Robert Scoble served as the Executive Officer and video blogger at FastCompany. Previously, he served as Vice President for Media Development of PodTech.Network, Inc. and has also worked at Microsoft and managed the popular blog Scobleizer. Not only was he a pioneer of blogging within Microsoft, he was influential in Microsoft’s Channel 9, a site dedicated to Microsoft’s developer community.

Robert Scoble hosts a video show where he visits the world’s best technologists, tours high tech companies, and gets exclusive demos of the latest Web sites and hottest gadgets. He sits on the Member of Board of Advisors at Tungle Corporation and works for Rackspace where he teamed up with a company to develop Building 43, a new content and social networking website. Scoble’s book, Naked Conversations: How Blogs Are Changing the Way Businesses Talk With Customers, is now a best seller.

Founded by Robert Scoble and Shel Israel in March 2017, Transformation Group, LLC, is the first consulting firm dedicated to helping big brands develop and implement Mixed Reality (MR) strategies, a trend just now starting that will soon transform businesses as profoundly as the smartphone did a decade ago. They believe that a decade from today the center of digital commerce and life will have migrated from today's handsets to tomorrow's VR and AR headsets--or smart glasses, as they will be called. Scoble wants to help brands understand, plan and implement strategies to make this vital transformation.

As Futurist for Rackspace, the leading Managed Cloud Computing Company, Scoble travels the world looking for what's happening on the bleeding edge of technology. He's interviewed thousands of executives and technology innovators and reports what he learns in best selling books, YouTube videos, and many social media sites where he's followed by millions of people.

As a globally in demand keynote speaker, Robert Scoble delivers a rocket-fuelled ride through the future of technology, from the rise of wearable computers to the implications of computerized data, and gives businesses an insight into how they can harness this rapidly shifting landscape to deliver real-time changes in their businesses. 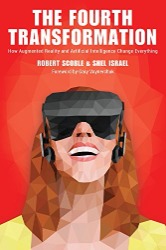 The book explains the technology and product landscape on a level designed to be interesting and useful to business thinkers and general audiences. It covers how VR and AR are already being used, or will be used in the next one-to-three years, and explains how this massive and fundamental transformation will be driven, not just by Millennials, but by the generation following them, which the authors have named the Minecraft Generation. 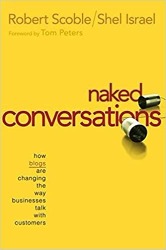 Naked Conversations: How Blogs are Changing the Way Businesses Talk with Customers

The authors use more than 50 case histories to explain why blogging is an efficient and credible method of business communication. You'll find yourself excited about the possibilities blogs present after reading just a few pages. 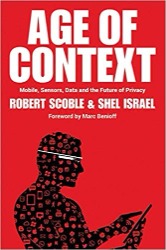 Age of Context: Mobile, Sensors, Data and the Future of Privacy

Scoble and Israel have spent more than a year researching this book. They report what they have learned from interviewing more than a hundred pioneers of the new technology and by examining hundreds of contextual products.

Robert Scoble - The age of context