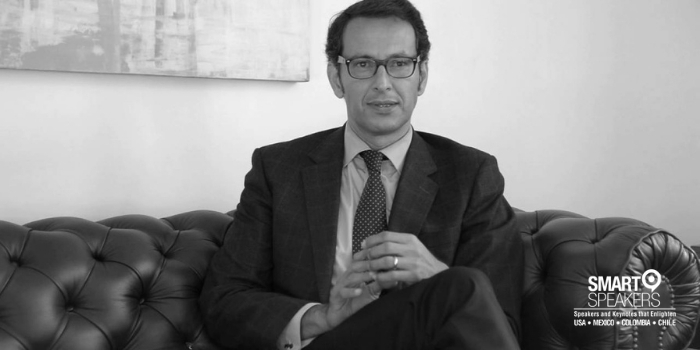 Juan Alberto González is the founder of B + 20 and former CEO of Microsoft Mexico. He currently serves as a speaker and coach for high-performing individuals and teams.

Founder of B + 20, he graduated from La Salle University with a degree in Cybernetics and Computer Science with studies in management and coaching at prestigious international schools such as Wharton University and MIT. He has more than 30 years of professional and business experience in the computer industry. He was CEO of Microsoft Mexico and other important subsidiaries in Latin America. He currently serves as a speaker and coach for high-performing individuals and teams.

Juan Alberto González was president of the AMITI (Mexican Association of Information Technology Industry) in the period 2011-2014. In November 2014 he had the privilege of having the Quién magazine recognizing him as one of the “50 characters that transform Mexico” and for the fourth time he received the recognition of the Líderes Mexicanos magazine in its edition of the “300 Most Influential Leaders in Mexico ”. González has been a member of the Young Presidents Organization for more than 10 years.

Through the Elevemos México program, created by Rubén Ilioldi, Jorge Vega and Juan Alberto González, he managed to support thousands of young people in their entrepreneurship process, and many other different programs were created to benefit Mexico’s youth.

Juan Alberto González is an active advisor of CAPAXIA, a company promoted by Ashoka, an innovative company that humanizes the processes to identify talent, focusing on their potential and the transferable skills of people.