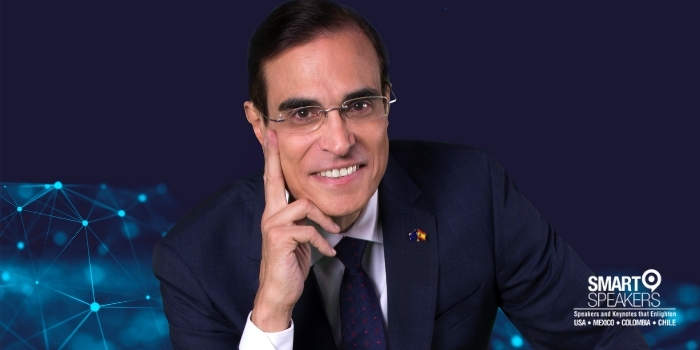 José Luis Cordeiro is a futurist, energy expert, and Professor of Energy at Singularity University, a Silicon Valley think tank.

José Luis Cordeiro is a world citizen on our small planet in a big unknown universe. He was born in Latin America from European parents, was educated in Europe and North America, and has worked extensively in Africa, Asia, Europe and the Americas.

José Luis Cordeiro has lectured as an Invited Professor at several major institutions, from MIT in the USA and Sophia University in Japan to the Institute for Higher Studies in Administration (IESA) and the Central University of Venezuela (UCV), where he created the first formal courses of Futures Studies (“Prospectiva”) and the Austrian School of Economics in Venezuela.

José Luis Cordeiro has spoken at Talks@Google, Singularity Summit, World Future Society, The Economist, HumanityPlus, many TEDx presentations in 6 countries and 3 languages, and many other major international events.  He is also constantly being invited to speak at organizations in the finance, energy, technology, medical and chemical sectors.

José Luis Cordeiro has written more than 10 books and co-written over 20 more in five languages, including sections of the State of the Future with the Millennium Project. El Desafío Latinoamericano, his first book, is a continental bestseller.

The future is not what is used to be: Jose Luis Cordeiro at TEDxRio+20

The Future of Technology | Jose Cordeiro | Talks at Google