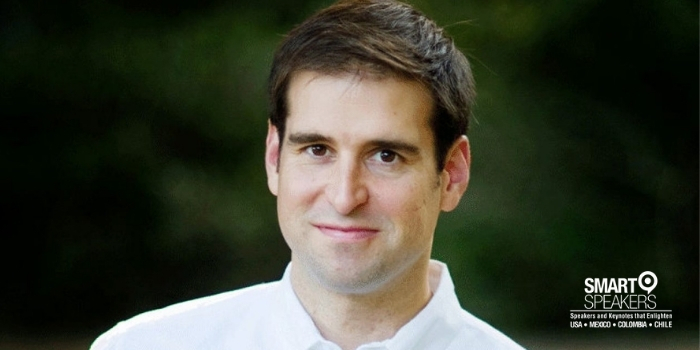 JB Straubel is a top innovation speaker, entrepreneur and visionary. Straubel is the co-founder and CTO of Tesla Motors, the world-renowned luxury electric vehicle company.

JB Straubel is a top innovation speaker and the Chief Technical Officer and Co-founder at Tesla Motors, “the #1 Most Innovative Company in the World,” according to Forbes. In addition to his work at Tesla, JB has also served on the Board of Directors for Solar City, the leading US residential solar company, since their founding. Furthermore, he is a lecturer at his alma mater, Stanford University.

One of the leading young innovators of this decade, JB Straubel is the driving mind between Tesla’s cutting edge technology; Straubel helped create one of the first successful electric vehicles as well as the first new automobile company in the US since Chrysler was launched in 1935. JB is an inventor on over 30 patents covering most areas of Tesla’s core battery, motor and controls systems.

Prior to working at Tesla, JB Straubel co-founded Volacom, where he designed and patented a long-endurance hybrid propulsion concept that is currently licensed by Boeing. His inventions are also part of the mechanics at Capstone Turbine (CPST) and Penta-dyne Power Corp.

MIT’s Technology Review chose JB Straubel as “#1 Innovator of 35 under 35 for the year”, DesignNews named him “Engineer of the Year” and he was listed as #2 on Fortune’s 40 under 40 most influential business and innovation leaders.

JB Straubel received a BS in Energy Systems Engineering and also an MS in Energy Engineering, emphasis on energy conversion, both from Stanford University. A chief authority on alternative energy systems, he serves on the Board of Directors for Solar City and lectures on the topic at Stanford University as part of the Atmosphere and Energy Program.