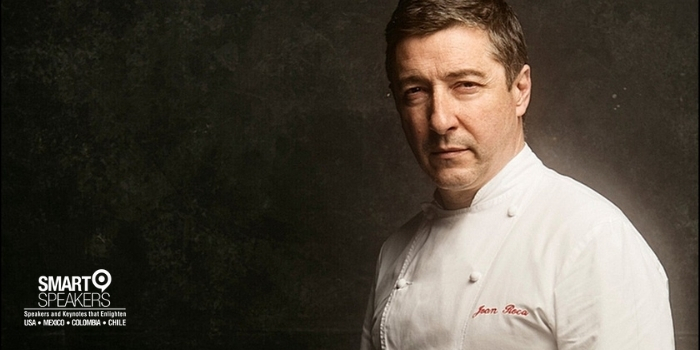 Joan Roca is a benchmark in molecular cuisine and one of the best chefs in the world thanks to the great work he does at 'El Celler de Can Roca', which has three Michelin stars.

Chef Joan Roca is one of the best chefs in the world and one of the protagonists of the show  'En boca de todos'. Together with his brothers, Jordi Roca and Josep Roca, he runs the restaurant with three Michelin stars 'El Celler de Can Roca' in Girona. The Roca brothers' restaurant has been awarded in 2013 and 2015 with the first prize for the best restaurant in the world on The World's 50 Best Restaurants list.

Joan Roca was born in Girona in 1964. Thanks to his mother, he learned the basics of traditional Catalan cuisine that prompted him to make the decision to be a chef. During the eighties, the Catalan chef studied at the Girona Hospitality School, where he learned the most avant-garde cuisine, very different from what was served in his parents' restaurant, 'El Can Roca'.

In 1986, Joan Roca opened, together with his brother Josep, 'El Celler de Can Roca', which Jordi later joined as a pastry chef. In 2000, the Royal Spanish Academy of Gastronomy awarded him the Best Chef award thanks to his exquisite dishes based on Catalan cuisine, but with a more academic technique.

In 2010, the University of Girona awarded Joan Roca the Honoris Causa doctorate for his great work as an ambassador of Girona, as well as for his constant effort, fidelity to his origins and international projection. In early 2016, the UN appointed the Roca brothers Goodwill Ambassadors. 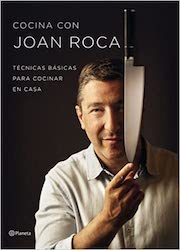 Discover basic cooking techniques from the hand of Joan Roca, who in a visual and didactic way details step by step his culinary knowledge acquired over more than twenty-five years of profession so that you can easily apply it at home. 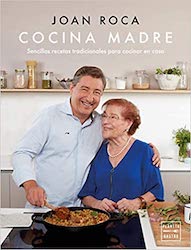 A book that brings together the home kitchen of a lifetime with 80 simple recipes for everyone to cook at home. Mothers' cuisine, of tradition, updated, linked to a very emotional concept, that of the recovery and perpetuation of the most authentic dishes.

Joan Roca on why cooking is caring at #50BestTalks