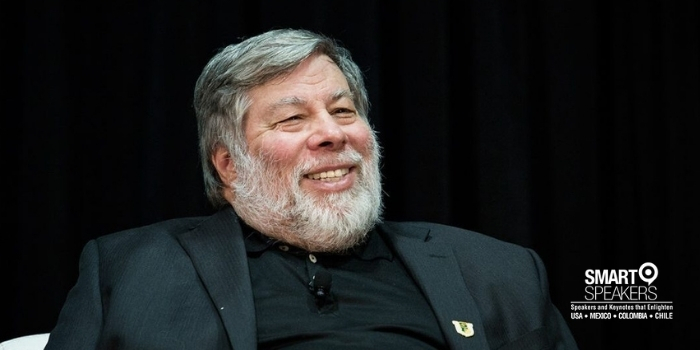 Steve Wozniak is best known as the co-founder of Apple Computer, which helped shape the personal computer industry and continues to revolutionize our lives.

Steve Wozniak is best known as the co-founder of Apple Computer, which helped shape the personal computer industry with the popular Macintosh. An inductee to the National Inventors Hall of Fame, he is constantly innovating, teaching the lessons of Apple to show that evolution can be achieved from the ground up. Wozniak is a talented business speaker with a once-in-a-lifetime success story to share with any audience.

Since he founded Apple with Steve Jobs in 1976, Steve Wozniak has remained at the forefront of innovation, currently serving as the Chief Scientist for data virtualization company, Primary Data. His achievements have earned him honors including the National Medal of Technology, the highest honor bestowed on America’s leading innovators. In 2000, Wozniak was inducted into the Inventors Hall of Fame and was awarded the prestigious Heinz Award for Technology, the Economy and Employment, for designing the first personal computer and for directing his lifelong passion for mathematics and electronics toward igniting excitement for education in students and their teachers.

Steve Wozniak is the author of the New York Times bestselling memoir, "iWoz: From Computer Geek to Cult Icon" and has appeared on popular television shows, including The Big Bang Theory and ABC’s Dancing With The Stars.

A dedicated philanthropist, Steve Wozniak has invested both time and resources to “adopt” the Los Gatos School District, providing students and teachers with hands-on teaching and state-of-the-art technology equipment. He also founded the Electronic Frontier Foundation, and was the founding sponsor of the Tech Museum, Silicon Valley Ballet and Children’s Discovery Museum of San Jose.

Technology speaker Steve Wozniak teaches the lessons of Apple to show that business evolution can be achieved from the ground up. 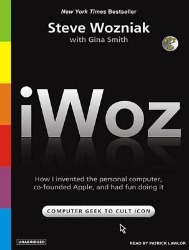 iWoz: How I Invented the Personal Computer and Had Fun Along the Way

From the invention of the first personal computer to the rise of Apple as an industry giant, iWoz presents a no-holds-barred, rollicking, firsthand account of the humanist inventor who ignited the computer revolution.