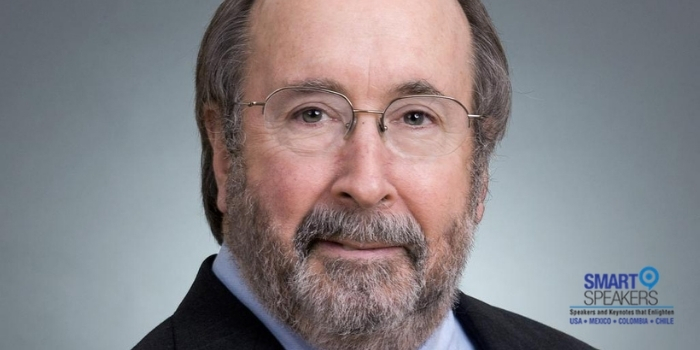 Rob Malcolm is a renowned independent consultant in the fields of marketing and advertising, an educator, management advisor and public speaker.

Rob Malcolm retired after 10 years as President Global Marketing, Sales and innovation at Diageo, the world’s largest premium alcoholic drinks company. Malcom is an independent consultant in the fields of marketing and advertising, an educator and management advisor. He currently teaches marketing at the Wharton Business School, is a member of the Board of Directors of Logitech, and sits on the Board of Advisors of JMI, the world’s largest motorsports marketing agency.

Rob Malcolm has had a long and varied career in domestic and international marketing and general management. After receiving his undergraduate and MBA degrees in Marketing at the University of Southern California, Rob joined Procter and Gamble in 1975.

Rob Malcolm progressed through roles of increasing responsibility in the brand management and then general management in the United States before moving to Saudi Arabia in 1992 to run the P&G business in the Middle East. In this role, he had responsibility for more than 50 brands in 7 countries, multiple distributors, and several production facilities. In 1995, he moved to German to run the beverages business for P&G across Europe, Africa and the Middle East.

In 1999, after 24 years with Procter & Gamble, Rob Malcolm joined Diageo in London in their beverages business and in 2000 was appointed President, Global Marketing, Sales and Innovation – the position he held until his recent retirement. During his nine years leading marketing, sales and innovation Diageo delivered consistent growth and performed in the top tier of the competitive set.

Rob Malcolm’s tenure was marked by the transformation of the marketing function and talent, the establishment and growth of the highest performing innovation group in the industry, and acceleration in sales capability through the introduction of category management, customer marketing and strategic account management. During his tenure Diageo’s marketing won numerous International awards in design, advertising (2 Cannes Gold Lions and numerous Effies), innovation, and customer of the year awards.

Rob Malcom, former CMO of Diageo presenting the WHAT of effective global brands