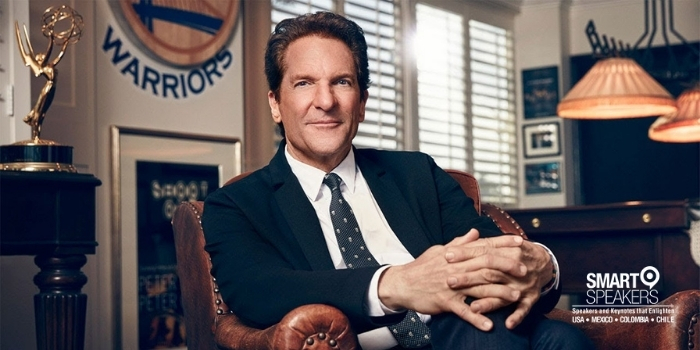 Peter Guber is a successful and inspiring entrepreneur and bestselling author. He is the CEO of Mandalay Entertainment, the owner of the Golden State Warriors, Los Angeles Dodgers and the LAFC (MLS).

Peter Guber was named Business Person of the Year by the Los Angeles Business Journal. In 2017, he was appointed to the University of California Board of Regents by the Governor of California, Edmund G. Brown Jr. In 2017, he was given the UCLA Medal by UCLA’s CEO, Chancellor Gene Block, the highest honor for extraordinary accomplishment that may be bestowed upon an individual by UCLA. In 2018, Guber was inducted into the Bay Area Business Hall of Fame by the Bay Area Council.

Peter Guber is a noted author with works including Shootout: Surviving Fame and (Mis)Fortune in Hollywood, which became a 7-year television series on AMC, which he also hosted. Guber wrote the cover article for the Harvard Business Review titled, The Four Truths of the Storyteller. His most recent business book, Tell to Win, became an instant #1 New York Times bestseller. 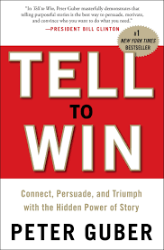 Tell to Win: Connect, Persuade, and Triumph with the Hidden Power of Story

In Tell to Win, Guber shows how to move beyond soulless PowerPoint slides, facts, and figures to create purposeful stories that can serve as powerful calls to action. After listening to this extraordinary mix of voices, you’ll know how to craft, deliver—and own—a story that is truly compelling, one capable of turning others into viral advocates for your goal. 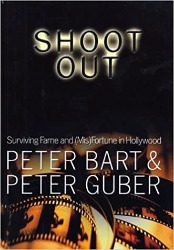 Shoot Out: Surviving Fame and (Mis)Fortune in Hollywood

Hollywood calls it the "shoot out"... the point during the making of a movie when star-fits and power struggles turn into standoffs, walk-outs, and clashing egos. How a film ever gets made is a wonder.