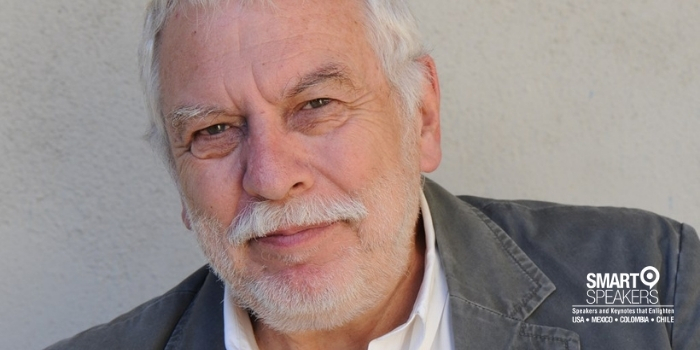 Nolan Bushnell is a successful innovator, pioneer, scientist and entrepreneur founding numerous companies and has been named one of Newsweek’s “50 Men That Changed America.”

In addition to being the founder of Chuck E. Cheese, Pizza Time Theater and the Atari Corporation, Nolan Bushnell has started many companies throughout the last 40 years. His companies have created products and services credited with shaping our society today, including the first car navigation system, the first online ordering system and the first technology incubator.

Over the past four decades, Nolan Bushnell  has been a prolific entrepreneur founding numerous companies, including: Catalyst Technologies, the first technology incubator; Etak, the first car navigation system whose mapping is still the basis for car navigation systems today; Androbot, a personal robotics company; and ByVideo, the first online ordering system, which allowed customers to order and pay for product from kiosks.

Nolan Bushnell has been called the father of the video game industry and has been inducted into the Video Game Hall of Fame. For his contributions to the video games industry, he was presented with the British Academy of Film and Television Arts Fellowship Award in 2009.

Nolan Bushnell is also in the Consumer Electronics Association Hall of Fame and featured in the California’s Tech Museum of Innovation as one of Silicon Valley’s entrepreneurial icons. Named one of Newsweek’s “50 Men That Changed America,” Bushnell has proven to be a trailblazer in technology.

Nolan Bushnell has consulted for numerous corporations, including IBM, Cisco Systems and US Digital Communications.

How to foster it, encourage it and capitalize on it.

The Future of Technology and Gaming

Where is the industry going? Why? Where are the pockets of potential? What pitfalls should companies avoid?

How to encourage and build a culture of intrapreneurship in companies, helping established entities to stay on the cutting edge.

Why it is essential to business today? What are the key elements of a successful entrepreneur? How do you recognize it and tap into it?

What are the trends in education now and moving into the future? How will classrooms and learning be different in the years to come? How will they remain the same? How will education evolve in light of today’s and tomorrow’s technologies?

What tools have been used in the past to be on the cutting edge as technology becomes available and cost effective? What are the trends that every company and discipline needs to be aware of?

What is it about fun that makes products and companies successful?  How does creating “wants”, not just “needs”, power success?

Bushnell has 8 children and has been asked to talk about success and failure and how both affect family life. 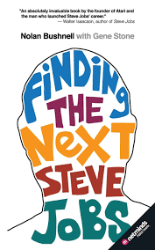 Finding the Next Steve Jobs: How to Find, Hire, Keep, and Nurture Creative Talent

Bushnell explains how to find, hire, and nurture the people who could turn your company into the next Atari or the next Apple.

The Father of Electronic Gaming | Nolan Bushnell | Talks at Google