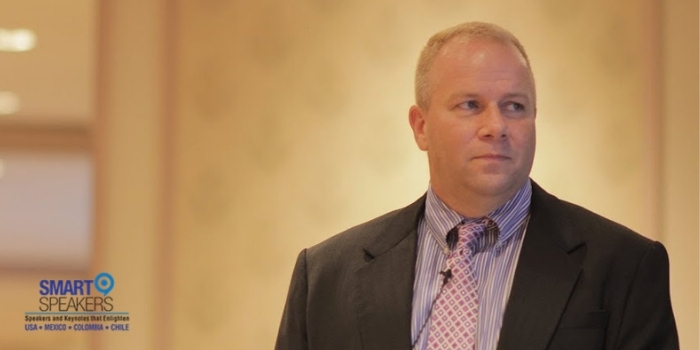 James Lafferty has often been described as one of the most unique and diversified CEOs in the world today. His impressive marketing and management career includes top positions at companies such as Procter & Gamble, Coca Cola and British American Tobacco.

James Michael Lafferty is the Chief Executive Officer of Fine Hygienic Holding, and has often been described as one of the most unique and diversified CEOs in the world today. He is not only a successful CEO but also an Olympic Coach, award-winning journalist, college professor, competitive athlete and a philanthropist.

James Lafferty started his career with humble roots, as a youth track and field coach. Hired by Procter & Gamble in his native Cincinnati, Ohio, Lafferty was recruited from the ranks of fitness instructor to enter P&G’s esteemed “Brand Management” program. After superb business and organizational results on the US business, he was transferred into an international career that took him to North Africa, Central and Eastern Europe, The Middle East, Western Europe, Africa and Asia.

With a marketing and general management career that spans over 30 years, James Lafferty is among the leading global experts on business-building, marketing and branding, particularly in emerging markets. He has had a long and successful career building businesses and organizations across five continents for some of the world’s leading fast-moving consumer goods companies, including CEO roles within Procter and Gamble, Coca-Cola, and British American Tobacco.

James Lafferty continues to coach professionally, having coached national level athletes in his native USA as well as Nigeria, and most recently as a Coach of the Philippines Olympic Athletics team at the 2016 Rio Games. Lafferty also remains active as a key part of a healthy lifestyle, having run over 30 full marathons, and was recently the 2017 Philippines National Champion in Powerlifting.

James Lafferty is an active CEO who is also constantly training others how to achieve massive success. He is conducted seminars and training for the world’s leading corporations, including P&G, Coca-Cola, HP, Newell Rubbermaid, Nestle, Microsoft, GE, Hershey’s, HSBC, Wal-Mart, Target, Intuit and many other global organizations.

The art of branding

James lifts the 7 key principles of branding that can be, and should be, applied to YOU. In short, how you can quickly become your own personal Brand Manager!

James lifts from real-life coaching examples of world-class athletes, the 5 traits that separate “winners” from “champions” (someone who wins time after time, year after year).

Based on a “famous” note James wrote while at P&G that is used to this day in many global training sessions on what is the difference between a “good” employee (one who can swim) and those rare, exceptional employees (a water walker).

James has delivered worldwide and is one of the core trainings for work-life balance in P&G, GE and other multinationals. Sixteen proven strategies leveraging his personal experiences that leave the audience inspired and deeply touched.

Aimed to train young or beginning to intermediate managers the six components of building an organization, from recruiting through to retention. Each element has group or individual exercises to bring the learning to life for each participant.

Why diversity is important

A talk on what tangible benefits diversity can bring to any organization, and what are the key barriers.

A presentation on what it takes to win in emerging markets, a key focal point for many companies today. Delivered by arguably one of the world's most experienced and successful emerging market leaders, James again provides outstanding insights and proven strategies to win in these economies.

James Michael Lafferty I Leadership Lessons from Champtions I #LeadersInISB 2019