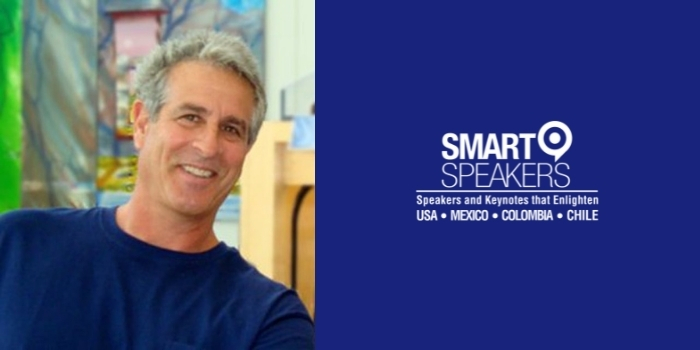 Greg Stuart is a versed Digital Marketing expert and public speaker with an extensive career in advertising and marketing on the internet. He is the former CEO of the Interactive Advertising Bureau (IAB), an organization for the online advertising industry.

Greg Stuart is a long-standing marketing industry thought leader on the future of marketing that is either mobile dominant or influenced by mobile’s new connected dynamics; two of his three decades in marketing have focused purely on digital and emerging technology. Stuart has served as CMO, CRO in addition to CEO at companies across the media landscape such as Y&R, Sony Online Ventures, Cars.com and Flycast Ad Network and more. He also turned around and built the Interactive Advertising Bureau (IAB), the trade group for interactive advertising. Also, in the last ten years, Stuart has invested in and advised CEOs of two dozen venture-backed businesses, which have now transacted for well over $2.5 billion.

Greg Stuart is the CEO of the Mobile Marketing Association (MMA), the leading global media trade group focused on architecting the future of marketing, which is increasingly spearheaded by mobile. Over the past 7+ years, Stuart has transformed the once-bankrupt association, attracting major marketers and media/tech company leaders to lock arms and advance the marketing industry.

Greg Stuart and team have tripled the organization’s revenues, energized its 800+ member companies globally, and there are now nearly 60 MMA team members in 15 countries. His Board includes CMO’s from Marriott, Uber, Dunkin Brands, Walmart, Samsung, Chobani, and dozen and half others, plus senior execs from Facebook, Google, Twitter, SNAP, and more.

In addition to being a sought-after international speaker (Jakarta to London to Buenos Aires to Shanghai) and a member of the National Speakers Association, Greg Stuart is the co-author of What Sticks: Why Most Advertising Fails and How to Guarantee Yours Succeeds, which was recognized by AdAge as the No. 1 book of the “10 books you should have read”.

Industry authorities have awarded Greg Stuart for his work as a pioneer in emerging media. In 2006, AdAge selected him as part of the “10 Who Made Their Mark” alongside Jay-Z and Chad Hurley (YouTube) and he is a regular contributor to leading publications for his views on the future of marketing. 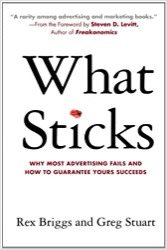 What Sticks: Why Most Advertising Fails and How to Guarantee Yours Succeeds

What Sticks uncovers bold new insights from the largest-ever global marketing research project among 30 Fortune 200 companies, including Procter & Gamble, Johnson & Johnson, Kraft,  McDonald's, Unilever, Ford and others. This is a comprehensive and solutions-oriented book that outlines how any marketer, at any level, can guarantee their advertising succeeds.

Greg Stuart, How Mobile Marketing Does Not Make the Same Mistakes the Internet Did