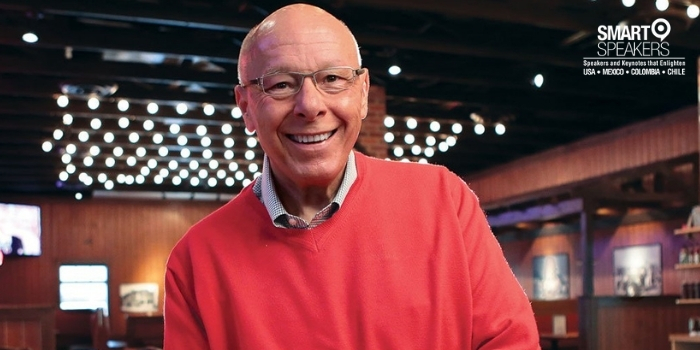 Ed Rensi is the retired president and chief executive officer of McDonald's. Under his extraordinary leadership, sales soared to $16 billion and the brand became the most recognized in the world. Rensi currently serves as an executive consultant to McDonald's Restaurant Systems.

Ed Rensi has devoted his entire professional career to McDonald's, joining the company in 1966 and becoming a member of McDonald's Board of Directors since 1982. In 1991, Rensi was named chief executive officer, and under his leadership McDonald's became the most recognized brand in the world.

Known for his speaking ability to motivate an audience of any size, Ed Rensi enjoys visiting McDonald's employees in the field and encouraging them to deliver McDonald's famed operating principle of "QSC&V" or Quality, Service, Cleanliness, and Value.

Ed Rensi was instrumental in the development of the first Ronald McDonald House, a temporary residence for families of children with serious illnesses that has grown to include 165 houses in 12 countries. He is a member of the International Advisory Board for the Ronald McDonald House Program, and previously served as its chairman. In 1988, Rensi received the distinguished President's Volunteer Award from President Ronald Reagan for his extensive volunteer efforts with Ronald McDonald Children's Charities and Ronald McDonald House.

Ed Rensi has been active in the rights of America's disabled, lobbying for the American's with Disabilities Act. He was the keynote speaker on the President's Council on Employing the Disabled, an involvement that was in part motivated by the fact that 75 percent of all McDonald's U.S. restaurants employ at least one person with a physical or mental disability.

Over the years, Ed Rensi has been extremely supportive of Hispanic causes, serving as the chairman of the National Hispanic Corporate Council Institute. He also served on the Board of Governors of the American National Red Cross, and is involved with the League Against Child Abuse.

After 14 years as a President and CEO, Ed Rensi retired to pursue one of his greatest passions, auto racing. From that very first auto race until today, Rensi has been instrumental in the development of Team Rensi Motorsports.