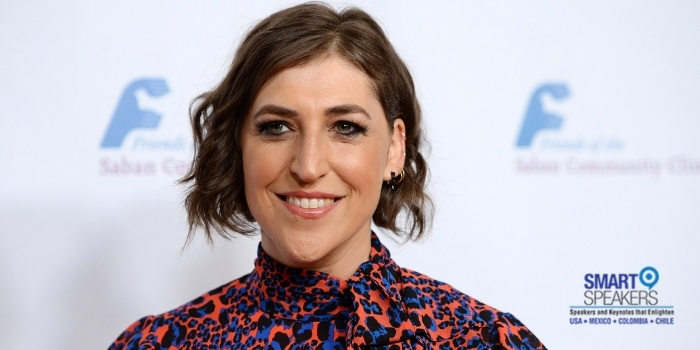 Mayim Bialik starred on the hit CBS comedy, The Big Bang Theory as Amy Farrah Fowler, for which she received two Critics Choice Awards, four Emmy Award nominations, and a SAG Award nomination. She currently stars as the lead in the new Fox comedy show Call Me Kat, and is a co-executive producer on the show.

Mayim Bialik puts her Neuroscience degree to use in her podcast, Mayim Bialik's Breakdown, where she breaks down the topic of mental health, especially to bust myths and misunderstandings.

Also an acclaimed author, Mayim Bialik has written two #1 New York Times best sellers, Girling Up: How to Be Strong, Smart and Spectacular, and the recently released Boying Up: How to Be Brave, Bold and Brilliant. She has also written a parenting book, Beyond the Sling, and a cookbook, Mayim’s Vegan Table. Bialik has recently dedicated her skills as a writer, actress, neuroscientist and mother to driving the lifestyle website GrokNation.com, which she started in 2015.

Mayim Bialik earned a BS in Neuroscience from UCLA in 2000 with a minor in Hebrew & Jewish Studies. She went on to complete her PhD in Neuroscience, also at UCLA, and then completed her doctorate in the fall of 2007, which examined the role of oxytocin and vasopressin in Obsessive-Compulsive Disorder in adolescents with Prader-Willi syndrome. While at UCLA, Bialik was a dedicated student leader in UCLA Hillel, including conducting and writing music for UCLA’s Jewish acapella group.

In her presentations, she shares her keen scientific mind and her wonderful sense of humor as she explores the work of the brain, of behavioral development, of her life as an actress and scientist, and of the special relationship that exists between The Big Bang Theory and its audience.

The Art & Science of Caregiving

Covering such issues as dementia, brain injury, and managing general degenerative processes in a nursing facility, Bialik offers a fascinating journey into both the science of the brain and the emotional issues affecting caregivers.

Mayim Bialik uses her PhD in Neuroscience to break down the topic of mental health, especially the myths and misunderstandings surrounding it. She approaches this tough topic through her own experiences so everyone comes away not only a little more educated, but also a little more understanding. 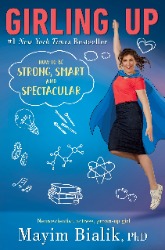 Girling Up: How to Be Strong, Smart and Spectacular

Using scientific facts, personal anecdotes, and wisdom gained from the world around us, Mayim Bialik shares what she has learned from her life and her many years studying neuroscience to tell you how you grow from a girl to a woman biologically, psychologically and sociologically. 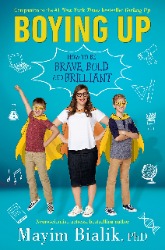 Boying Up: How to Be Brave, Bold and Brilliant

Using personal anecdotes as an overly observant mother of two boys and plenty of scientific information from her life as a neuroscientist, Mayim Bialik, PhD, talks directly to teen boys about what it means to grow from a boy to a man biologically, psychologically, and sociologically. 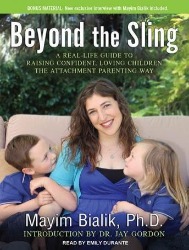 Beyond the Sling: A Real-Life Guide to Raising Confident, Loving Children the Attachment Parenting Way

Mayim describes the beauty, simplicity, and purposefulness of attachment parenting, and how it has become the guiding principle for her family. Much more than a simple how-to parenting guide, Beyond the Sling shows us that the core principles underlying attachment parenting are universal and can be appreciated no matter how you decide to raise your child.