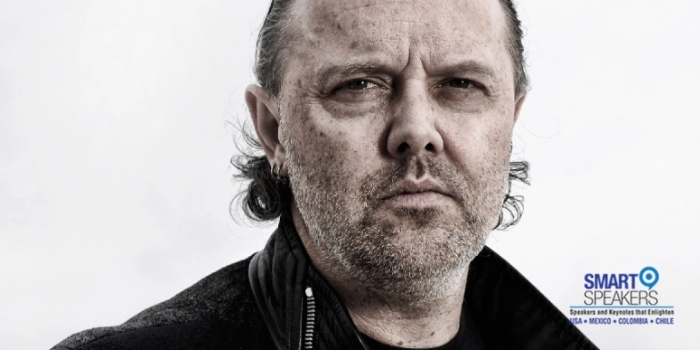 The drummer and co-founder of the highly famed heavy metal band ‘Metallica’, Lars Ulrich is a historical music legend and part of the ‘Rock and Roll Hall of Fame’.

Lars Ulrich is a Danish drummer and one of the founding members of the American heavy metal band Metallica. He is a vital songwriter and supreme communicator, adept at handling all matters out of the studio and off the stage. Being the self-confessed biggest fan of Metallica, it has seen him surface at critical points in the band’s career to both protect and inspire the creative interests of the band.

Lars Ulrich was the son of professional tennis player Torben Ulrich, whom he used to accompany to international tournaments. His innate talent soon established him as one of the 10 promising young tennis players in Denmark. However, in 1973, his father took him to his first rock concert to see 'Deep Purple', which awakened Lars' taste for rock and heavy metal, which in turn made him focus his attention on music. In 1976, his grandmother gave him his first drum set, and from that moment on Lars wanted to be part of a band.

At the beginning of the 1980s, Lars Ulrich relocated with his family to California, where he started looking for musical peers via newspaper ads in order to start a band. This led him to meet guitarist James Hetfield, with whom shortly after formed the famous group Metallica.

The group first moved to San Francisco, but after signing a contract with independent label Megaforce Lars Ulrich and the rest of Metallica moved to New York. With records such as

‘Kill ‘Em All’ (1983), ‘Ride the Lightning’ (1984) and ‘Master of Puppets’ (1986) under their belt, Metallica was already being recognized as one of the most promising heavy metal bands in the country. In 1998, while Metallica became more and more famous around the world, Lars Ulrich decided to create his own record label,‘The Music Company’.

In 2009, Lars Ulrich became the first Danish musician to enter the ‘Rock and Roll Hall of Fame’. Thanks to his success and life experiences, Ulrich became a motivational speaker, inviting and inspiring people to look past their limitations and overcome obstacles.