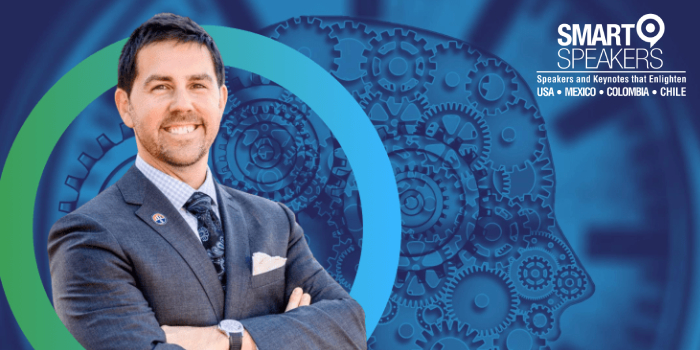 President of Philanthropic Catalyst known for being a Force for Good, Jeremy Park is a Business Consultant for Corporate Giving and Community Outreach.

Jeremy C. Park is a corporate executive and philanthropist, an author of two books and a weekly newspaper column, a contributor to Forbes, producer and host of television and radio shows and a podcast, and a sought-after speaker for transforming organizations and individuals into catalysts for their community.

Park is the CEO and catalyst behind cityCURRENT, an organization with a mission to power the GOOD. cityCURRENT is a partnership of more than 120 businesses, including some of the world’s largest employers, like FedEx, AutoZone, Verizon and Kroger, that have joined forces and funds to make a difference in the Mid-South and Middle Tennessee. The organization has teams working in Memphis and Nashville, hosts more than 150 free community events each year in both cities, produces an array of positive-oriented media, and financially and physically give back to support nonprofits.

Jeremy Park has received numerous awards and recognitions, like Top 40 Under 40, and has been featured in bestselling books, like The Good Ones: Ten Crucial Qualities of High-Character Employees by Dr. Bruce Weinstein, along with national and international publications, like Forbes, Fortune, The Huffington Post, and Leader’s Edge.

Park’s first book, Giving Back with Purpose, was released in 2013 by Main Street Books; and his second, Giving for Growth, was first released in 2015. Both books focus on achieving success in career and life while helping others and benefiting the community in the process. Proceeds from both books benefit youth literacy programs.

Since 2010, Jeremy Park has authored a weekly “Giving Back” column, which is published each Sunday in the Memphis newspaper, The Commercial Appeal. He produces and hosts a weekly radio show that airs on all four Cumulus Media Memphis stations and a show that airs on all five Cumulus Media Nashville stations; the ChangeMakers podcast; a monthly television show on PBS’s WKNO, called The SPARK; and an annual televised awards show, called The SPARK Awards. He also hosts the television show “A Conversation With,” which airs across the PBS network in Tennessee and profiles figures like NASA astronauts and Shark Tank investors. 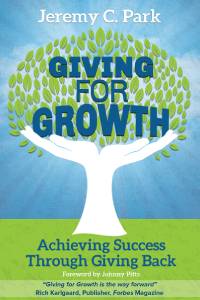 Are you looking for greater purpose in life? Seeking new ways to further your career or make your organization more successful? They key to achieving success and happiness can be found in the community around you. "Giving for Growth" will help you define your purpose and realize your dreams through meaningful involvement that benefits others and leaves a lasting legacy. It will empower you to GIVE in order to build relationships that will allow you to GROW. Released by Main Street Books in November 2015, this personal and professional development handbook by Jeremy C. Park is dedicated to helping corporate executives, nonprofit leaders, high school and college students, and any individual searching for ways to give back, stand out, build relationships, make an impact, and achieve more in their lives and careers. Park shares The Three Truths, Trends in Corporate Philanthropy, and many strategies and tactics to create your own legacy of making a difference in the lives of others. Proceeds benefit youth literacy programs in the Mid-South. "Giving for Growth is the way forward" - Rich Karlgaard, Publisher/Columnist, FORBES Magazine

As stated in Forbes Magazine, “Companies without social impact culture will soon be obsolete.” Consumers today want to see companies physically engaged and making a difference in their community; and they’re making purchasing decisions based on it. High performing employees, likewise, are choosing where they want to work based on community engagement and development opportunities. So, as a company, how do you use corporate giving and charitable efforts to differentiate your business, attract and retain top talent, and engage customers for growth? Jeremy C. Park will show you how by sharing The Three Truths, Trends in Corporate Philanthropy, and proven strategies and tactics that will give you a competitive advantage by defining your purpose and leveraging corporate GIVING to transform your business into both a catalyst for your community and an engine for organizational Growth.

Giving for Employee Growth: how to empower a culture of GIVING to attract, develop, and retain top talent for organizational GROWTH

Top talent and high performing employees, especially those of the Millennial generation, are now choosing where they want to work based on community engagement and development opportunities.  Their expectations are changing, demanding things like the flexibility to use company time for their volunteer service.  So, is your company on the cutting edge and taking advantage of the opportunity to both become a catalyst in the community and a magnet for top talent?  Jeremy C. Park will share trends and changing employee expectations, and will provide proven strategies and tactics for empowering a culture of GIVING and service at the office that will allow you to attract, develop, and retain high performing employees. You’ll find that weaving purpose and philanthropy into your normal business routine can be easy, fun, and productive; and learn how things like Community Calling Cards can become engines for organizational GROWTH.

Giving for Personal Growth: how to achieve success in career and life through giving back

Are individuals in your audience looking for greater purpose in life? Seeking new ways to further their careers? They key to achieving success and happiness can be found in the service of others.  When someone’s purpose is clearly defined and they understand how to GIVE in order to build relationships that will allow them to GROW, their life and the lives of many others around them can be transformed. Jeremy C. Park will inspire and help individuals in your audience define their purpose, then equip them with strategies and tactics that will transform them into catalysts for your community, allowing them to stand out, build influential relationships, make an impact, and realize their dreams through meaningful involvement that benefits others and leaves a lasting legacy.

Nonprofits today face myriad challenges, including increasing need for programs and services coupled with higher levels of competition, decreased financial support, and shrinking volunteer bases.  It’s becoming harder each year to raise money and awareness for nonprofits, to draw large crowds at fundraising events, and to recruit and engage the needed volunteers to assist in the efforts.  The good news is that Jeremy C. Park fully understands these dynamics and works on both sides of corporate giving and securing funds for community projects.  Park will share how nonprofits can be creative and better leverage current resources to stack the deck with individuals and businesses, in order to engage key stakeholders and funders, recruit volunteers and ambassadors, and take advantage of social media and free opportunities to raise visibility for a cause or effort.  Park’s strategies and tactics will empower nonprofits to focus on relationships to increase corporate sponsorships and fundraising efforts, to raise the number of volunteers and attendance at events, and to grow the overall audience and market potential for the future.