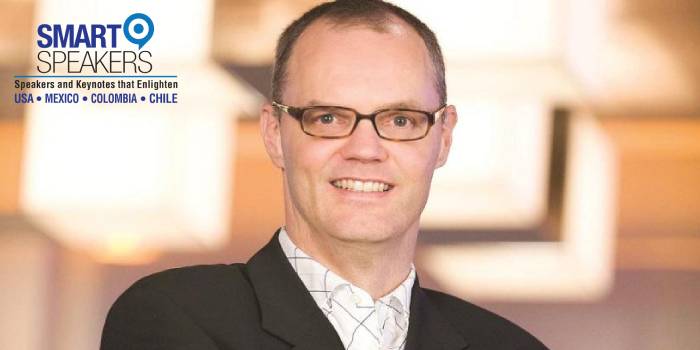 Frits van Paasschen is a top change management keynote speaker, bestselling author of The Disruptors’ Feast, and the former CEO of Coors Brewing Company and Starwood Hotels and Resorts.

Frits van Paasschen is a seasoned global executive and the author of The Disruptors’ Feast, an Amazon bestseller. His thirty years of experience inside global companies affords him a unique perspective on the trends that are reshaping the global economy. Frits shares his deep understanding of the forces of disruption to help businesses thrive in times of accelerating change.

Also, Frits van Paasschen is a frequent keynote speaker and advisor with a focus on disruption and strategy. He serves as an Advisor for BigSpring, TPG Capital, The Red Sea Project in Saudi Arabia, and The Indian School of Hospitality. He also serves on the Board of Directors for two public companies, Williams-Sonoma and Royal DSM. Frits became the Chairman of Convene after serving on the Board, and he is an investor and Advisor for citizenM Hotels.

On the other hand, Frits van Paasschen spent more than a decade as a Fortune 500 CEO, first at The Coors Brewing Company and then at Starwood Hotels and Resorts Worldwide. He also held several management positions at Nike, ultimately becoming Nike’s President of Europe, Middle East, and Africa.  Prior to joining Nike, he worked in finance in Disney’s Consumer Products Division. His career began at The Boston Consulting Group and McKinsey & Company, where he primarily served retail and consumer clients.

Frits van Paasschen has been a Non-Executive Director at Barclays, Jones Apparel, and Oakley, and has also served on numerous other boards: Apollo Hotels, The European-American Industrial Council (as Chairman), The U.S.-India and U.S.-China business councils, The Ras Al Khaimah Tourism Authority, and The Center for Environmental Leadership in Business at Conservation International.

The Disruptors' Feast: How to avoid being devoured in today's rapidly changing global economy 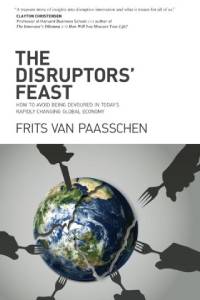 In The Disruptors’ Feast, van Paasschen takes readers on a literary journey to far-flung places around the globe to uncover the forces that are disrupting the status quo and driving change. His travel experiences illustrate how the stage is being set for even greater disruption, and what individuals and organizations can do to prepare for change and stay relevant in a tumultuous environment. This book isn’t about the end of an era, but the end of eras. People have everything to gain or lose in how they deal with what is coming, regardless of their location, industry, profession, or aspirations. van Paasschen’s unique insight offers a fresh perspective that is dearly needed in business today.

THE DISRUPTORS' FEAST: HOW TO AVOID BEING DEVOURED IN TODAY'S RAPIDLY CHANGING GLOBAL ECONOMY

Are digital technologies, global development, urbanization, and industry disruption presenting your business with unprecedented challenges? Do you feel ill-equipped to face this level of disruption and volatility? Drawing from his bestselling book The Disruptor’s Feast, Frits van Paasschen gives a unique look into the trends that are shaping the world of the future, and provides a guide on how to avoid being eaten alive in a world that is changing exponentially today. In this keynote, Frits will reveal what individuals and organizations can do to prepare for this change and how to stay relevant in a tumultuous environment.

INSPIRING CHANGE AND GIVING HOPE IN THE EXPONENTIAL AGE

Are you drowning in data and searching for some wisdom to help negotiate your business through this hyper-connected, competitive world? Is your business being overwhelmed by technology and disruption? In this lively and intimate talk, Frits van Paasschen draws on his experience as a global business leader to offer organizations advice on how to prepare for, and even thrive in, this exponential age of disruption while inspiring change and instilling hope in his audience.

Is your organization stuck on an issue? Would you like some guidance to find answers to your newest challenges from a seasoned veteran? Frits van Paasschen is a seasoned global executive and the author of The Disruptors’ Feast. His thirty years of experience inside global companies have afforded him a unique perspective on the current trends that are impacting your business. In this highly customizable presentation, van Paasschen will share his deep understanding of the forces that are disrupting the status quo to advise your business or organization on how to evolve and thrive in a changing environment.