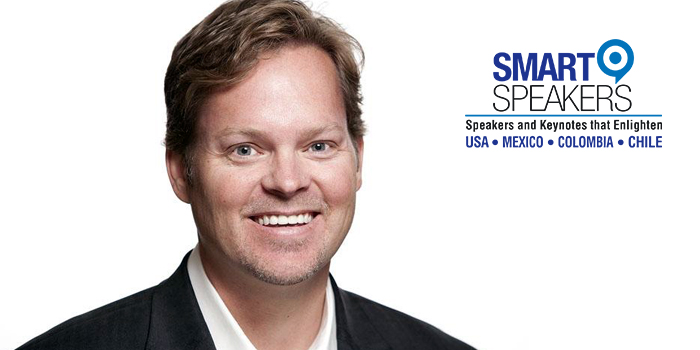 A master of innovation, Dag Kittlaus is one of the illustrious entrepreneurs who co-founded Siri and Viv Labs, voice-activated artificial intelligence assistants. A leading technology innovator, Dag is revered for his history-defining contributions to the industry. Having developed intelligence software that is now used by Apple and Samsung, Dag continues to drive big ideas in an evolving industry, in addition to inspiring others to follow suit. As a keynote speaker, Dag’s career story alone is enough to engage audiences, however, Dag ensures his talks benefit everyone in the room as a truly gifted presenter. From providing insightful knowledge on the future of tech to instilling an entrepreneurial vision in each guest, audiences leave Dag’s discussions with a fresh perspective and motivation to succeed, no matter their ambitions.

Co-founding Siri in 2008 was the culmination of years of research and development coming to fruition for Dag. Born out of his extensive work as he Entrepreneur-in-Residence for the prestigious Stanford Research Institute, Dag Kittlaus created artificial intelligence software, previously deemed impossible. For two years he spearheaded the first-ever virtual assistant for mobile, as the CEO of Siri before it was acquired by Apple in 2010 and he was taken on as the Director of iPhone Apps. Continuing to champion the cutting edge technology to success, Dag secured Siri’s place in the market of speech recognition and the history books of innovation.

Since then, Dag Kittlaus has continued the develop market-leading technology contributions, in the form of Viv Labs, which he co-founded and acted as CEO for six years. Acquired by Samsung, Dag yet again proved his position as an unrivalled technical entrepreneur and soon took to the role of Vice President of Samsung Mobile, recruited for his significant excellence in the field. Having previously held senior roles such as Vice President at Telenor Mobile and General Manager at Motorola, Dag’s early influences and infatuation with technology are evident, combined with his innovative mindset he has carved a defining career. Recently, Dag has once again honed his entrepreneurial spirit and become the Co-Founder and CEO of Riva Health.

Alongside his latest ambitious entrepreneurial venture, Dag Kittlaus dedicates much of his time to speaking engagements. Called on to share his personal story as inspiration to audiences, Dag instils an ambition in his audiences driven by his own accomplishments. Equally impactful for corporate clients, Dag speaks on artificial intelligence, reimagining the internet and continual innovation, sharing the ways in which companies, and individuals can incorporate evolving tech into their future strategies. A leader in the industry and a truly insightful speaker, Dag Kittlaus is the ideal talent to transform your next event.

Dag Kittlaus on Siri, Success, and the Technology of Tomorrow